Reaping the high-altitude wind: The onshore wind turbine of the future

The innovator: Horst Bendix, the man for heavy-duty tasks 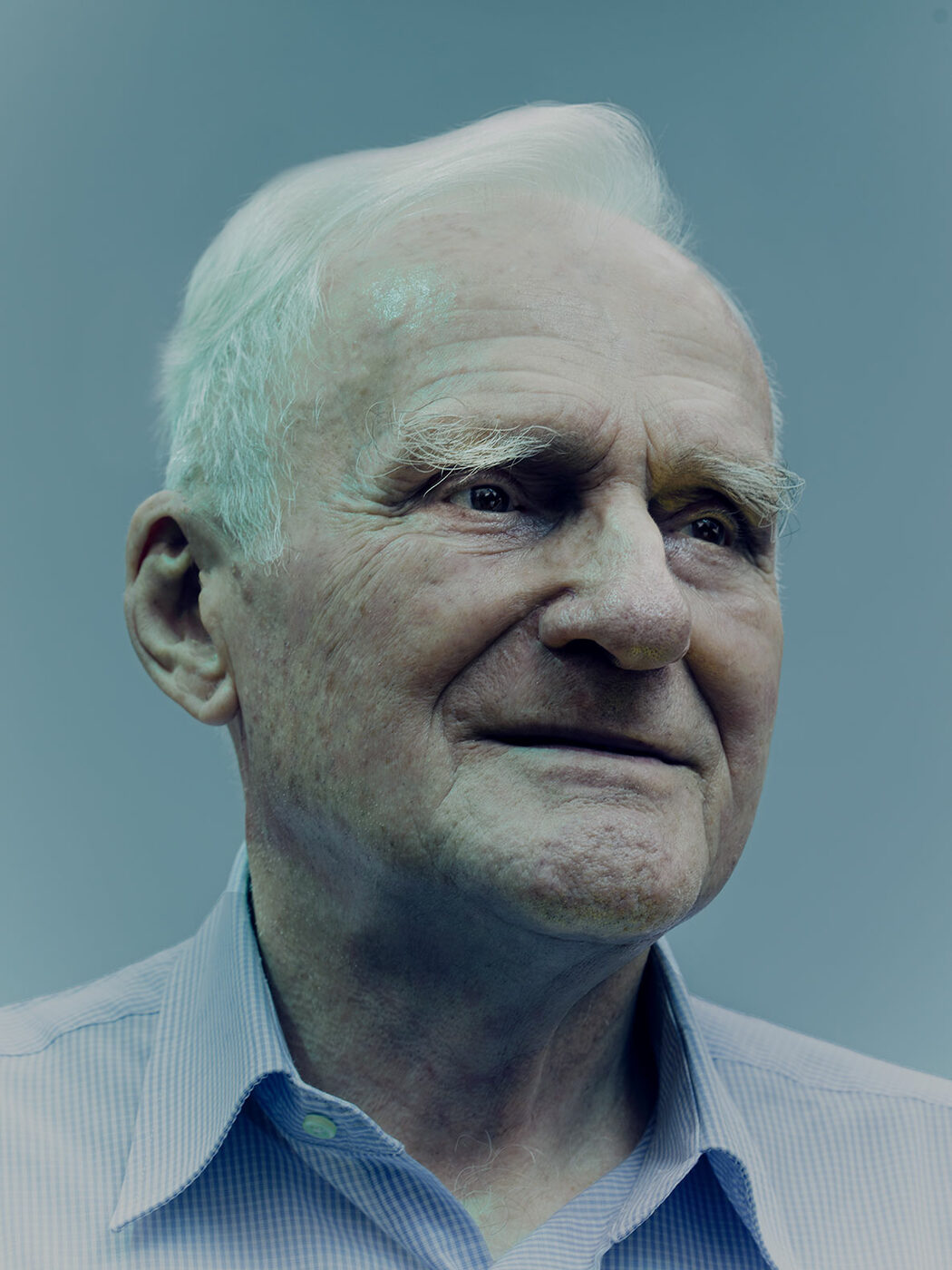 Horst Bendix knows even the tiniest details of big, heavy, smart and efficient machinery. Cranes of all kinds. Lignite excavators. Hoists like those used to install the ball on the Berlin TV Tower.

For many years, the Leipzig native was in charge of technology and research at Leipzig-based heavy-equipment manufacturer Kirow. He was also a university professor and consultant in engineering matters, but at the bottom of his heart he was always an enthusiastic mechanical engineer and inventor. With a total of 60 innovations and refinements to his credit in the field of conveyor technology and heavy mechanical engineering, he was successful in international competitions – and grew duly acclaimed.

Since the late 1990s, Horst Bendix has been busy rethinking the way wind energy is used. And that’s good for all of us. 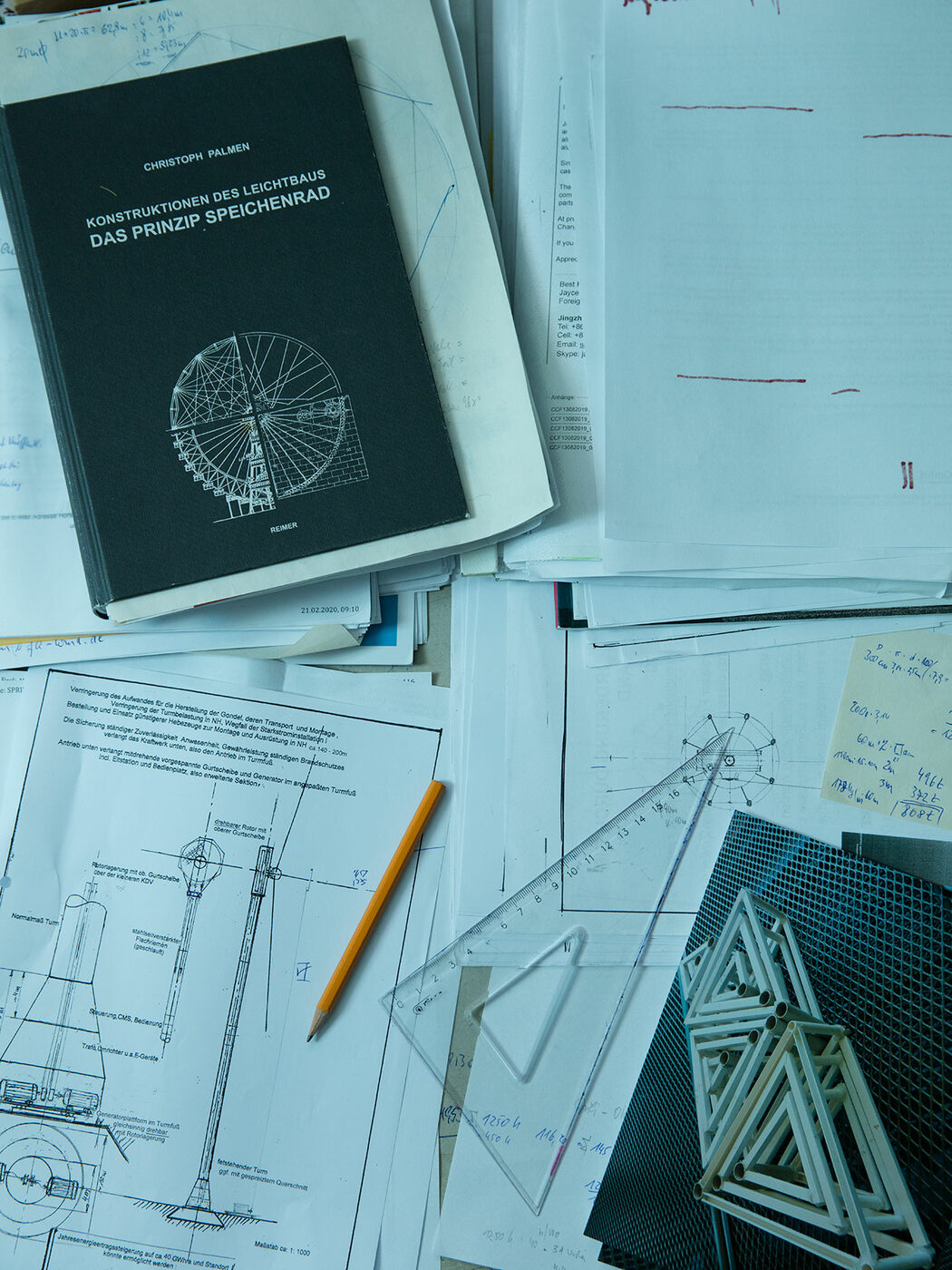 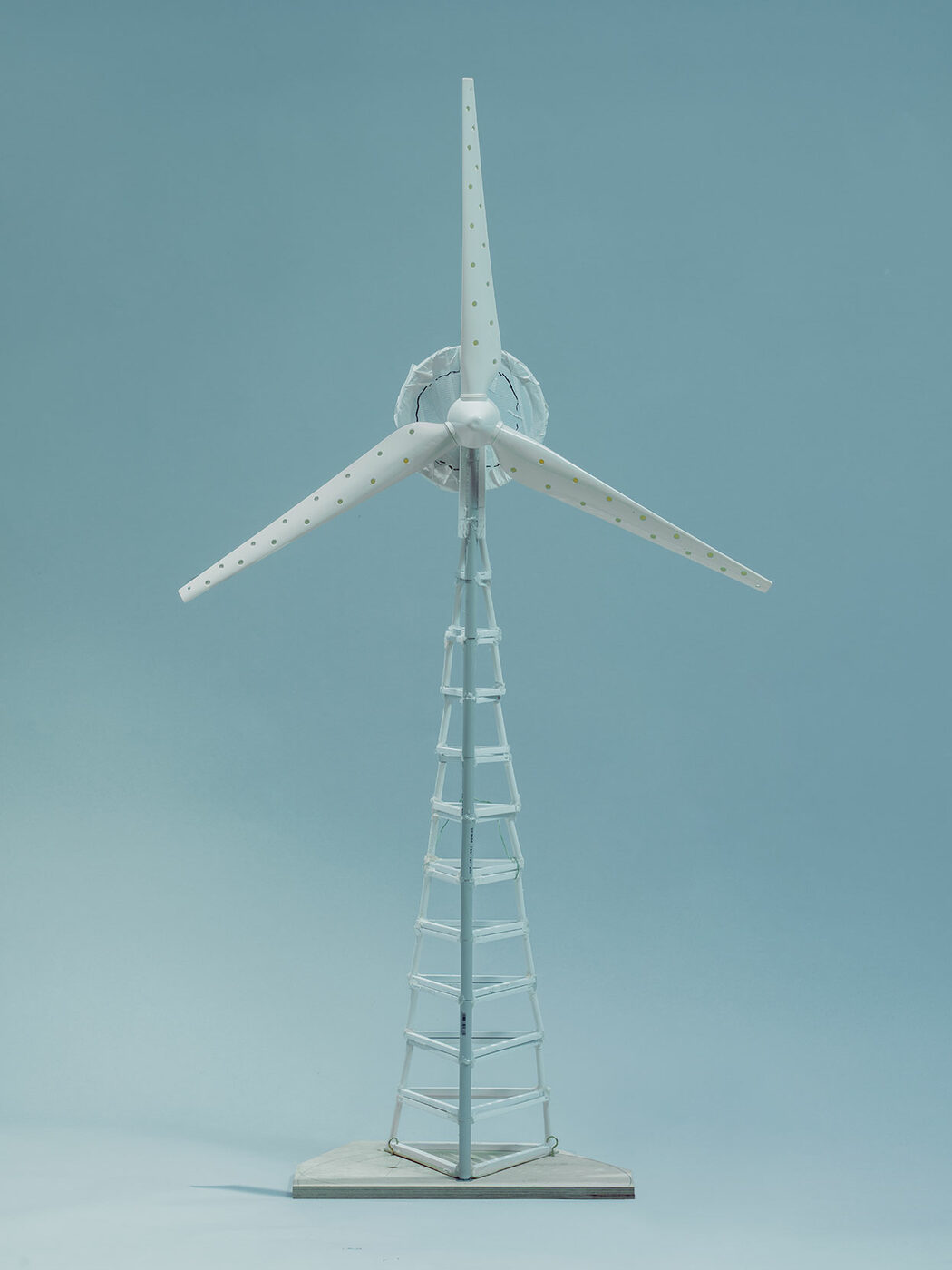 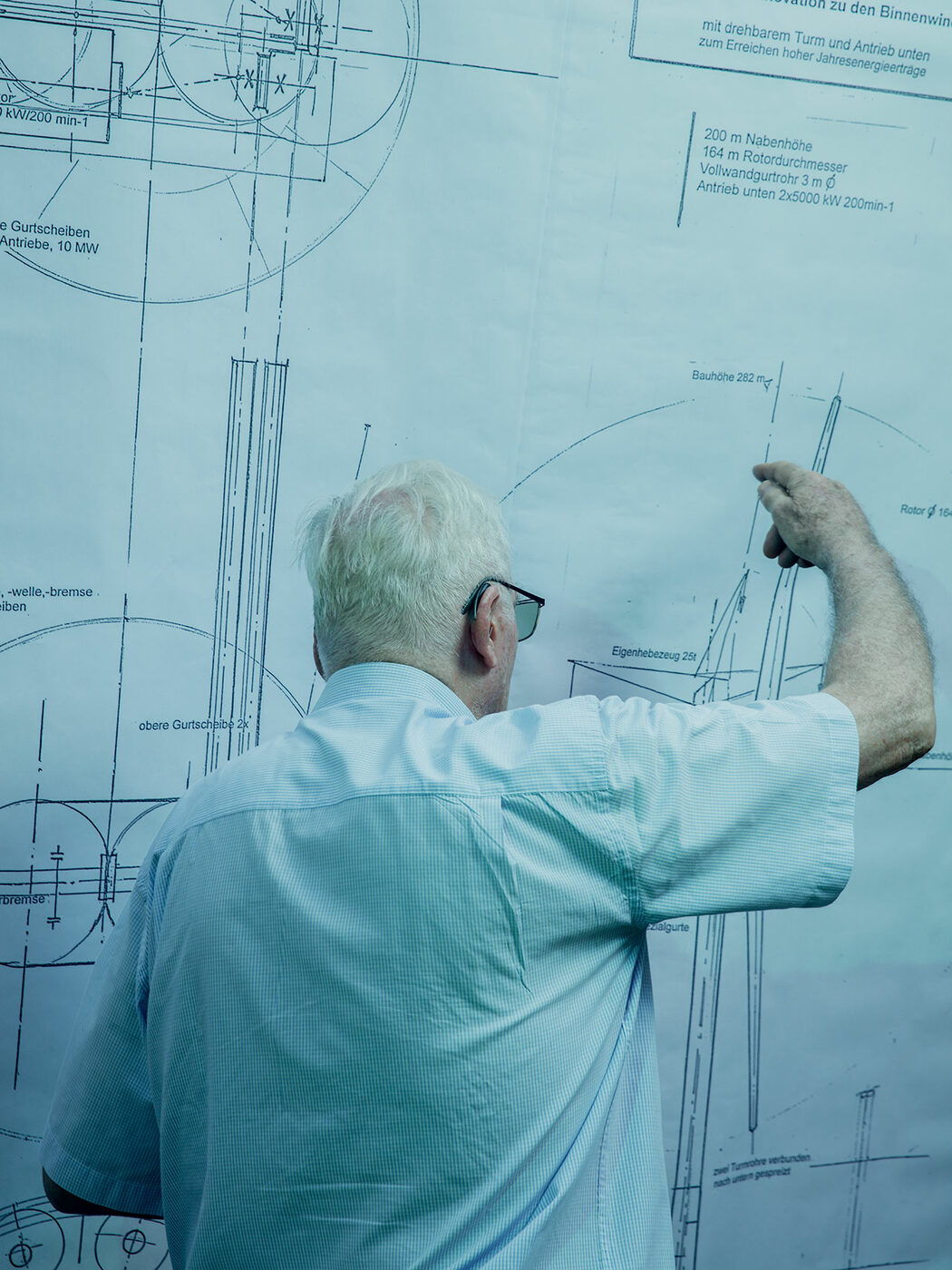 The higher a wind turbine is installed, the more efficiently it will work, because the wind is much steadier and blows with greater force at altitude. So why not simply build it taller?

The reason: Conventional wind turbines are subject to high dynamic loads as a result of the massive weight of the nacelle at hub height. There is practically no way to build them taller. They would be technically too unstable and economically too costly.

Good thing that Horst Bendix did not give up there and instead spent 10 years in extensive thought, research and experimentation about this problem. Now he has come up with his scientifically and mechanically neatly designed version of a high-altitude wind turbine for low-wind, onshore use (including miniature model) – with a hub height (hub = where the rotor is attached) clearly higher than everything else built to date.

1. The generator is no longer located in the nacelle, which means the new and much taller tower is no heavier than the current ones.

2. The tower’s mass no longer increases disproportionately to its height.

3. The tower is built using standard steel pipes that are readily available (inexpensively!) and transportable.

This is not only highly innovative from a technological standpoint – it is also highly encouraging economically and geopolitically as well: Trimming manufacturing costs drastically cuts the costs per megawatt hour of power generated. Moreover, high-altitude wind turbines are the most intelligent solution for repurposing the former lignite mines. This way, not only the current coal fields in the German states of Saxony and North Rhine-Westphalia but also the former fields in Saxony-Anhalt and Brandenburg can very realistically become wind energy-based regions for innovation and production – of course, with storage technology included. The demand for regional and sustainable electricity is also set to increase steeply as production of “green hydrogen” ramps up in line with the plans of the German federal government. Horst Bendix will be right there, with “dedication and commitment,” during the implementation stage. 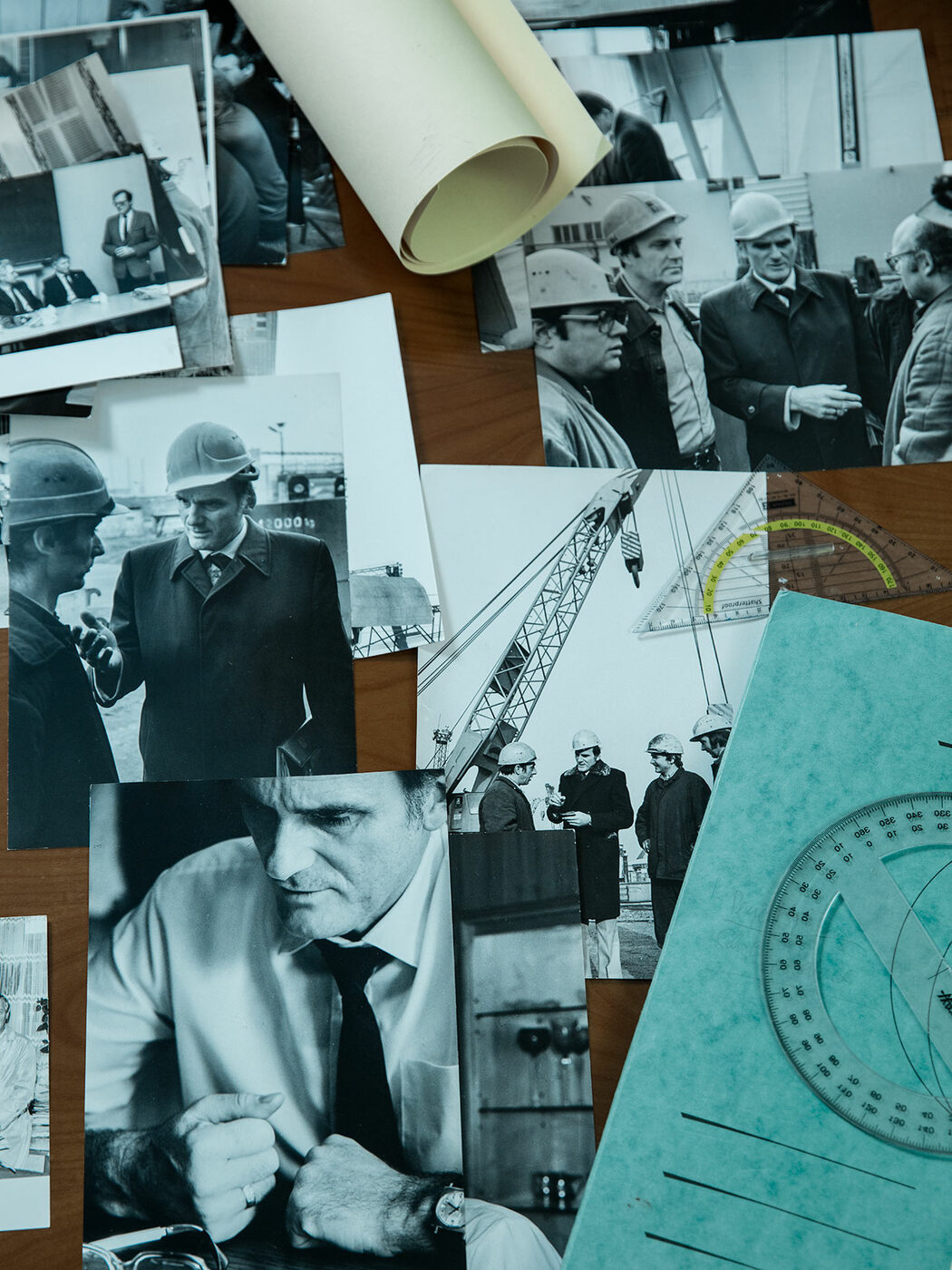 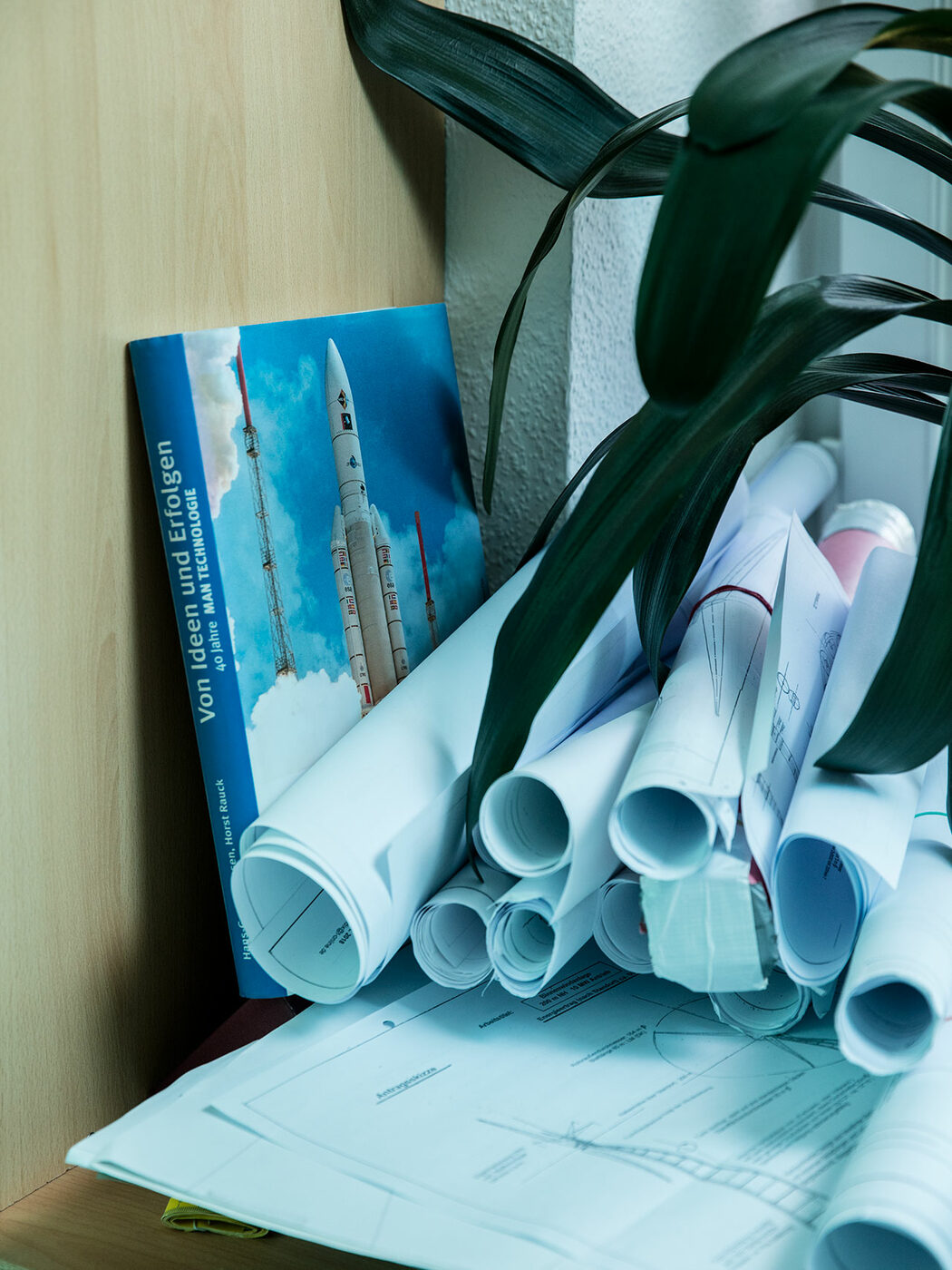 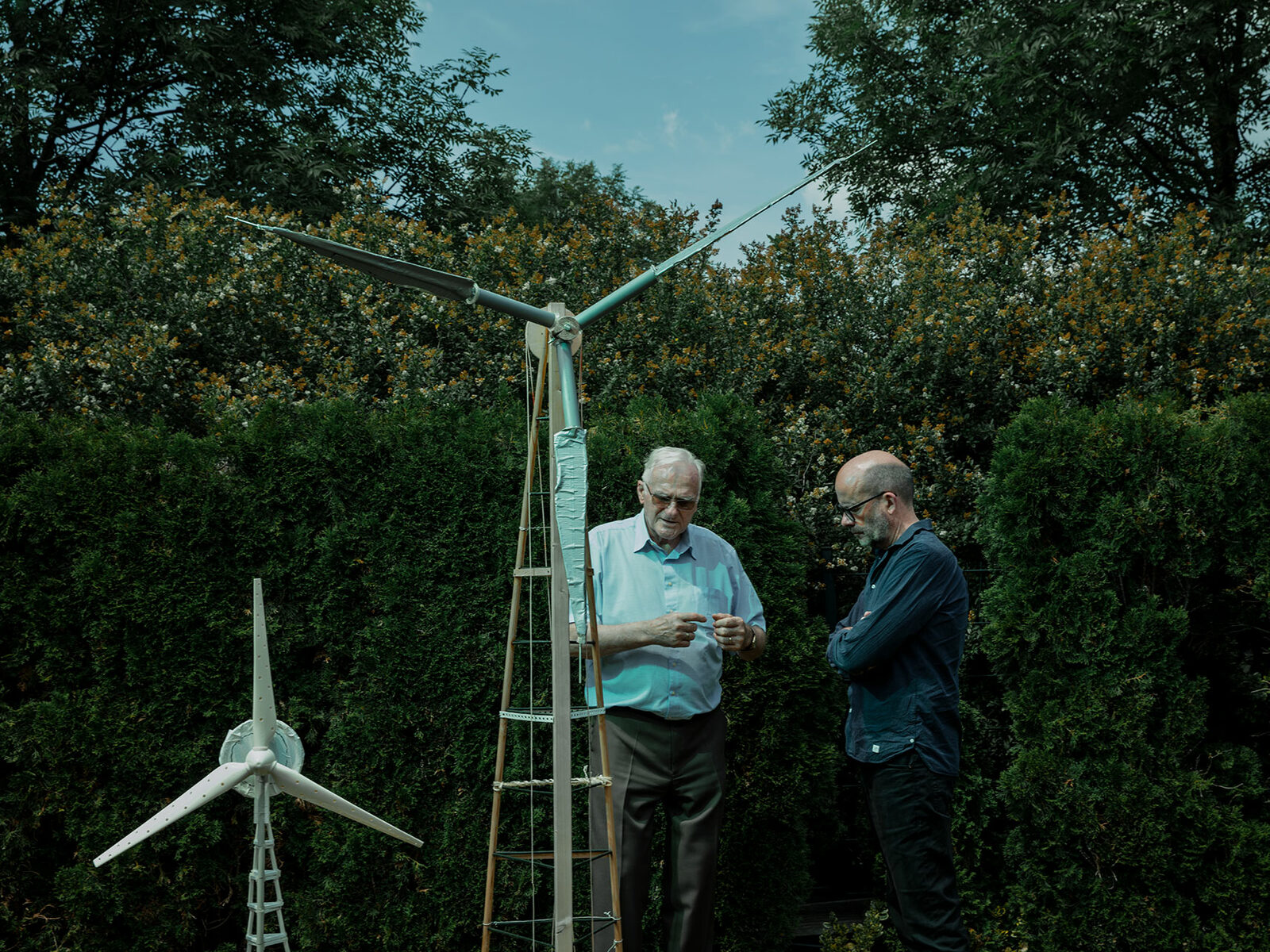