Learning from the brain
For the
cognitive database
of the future 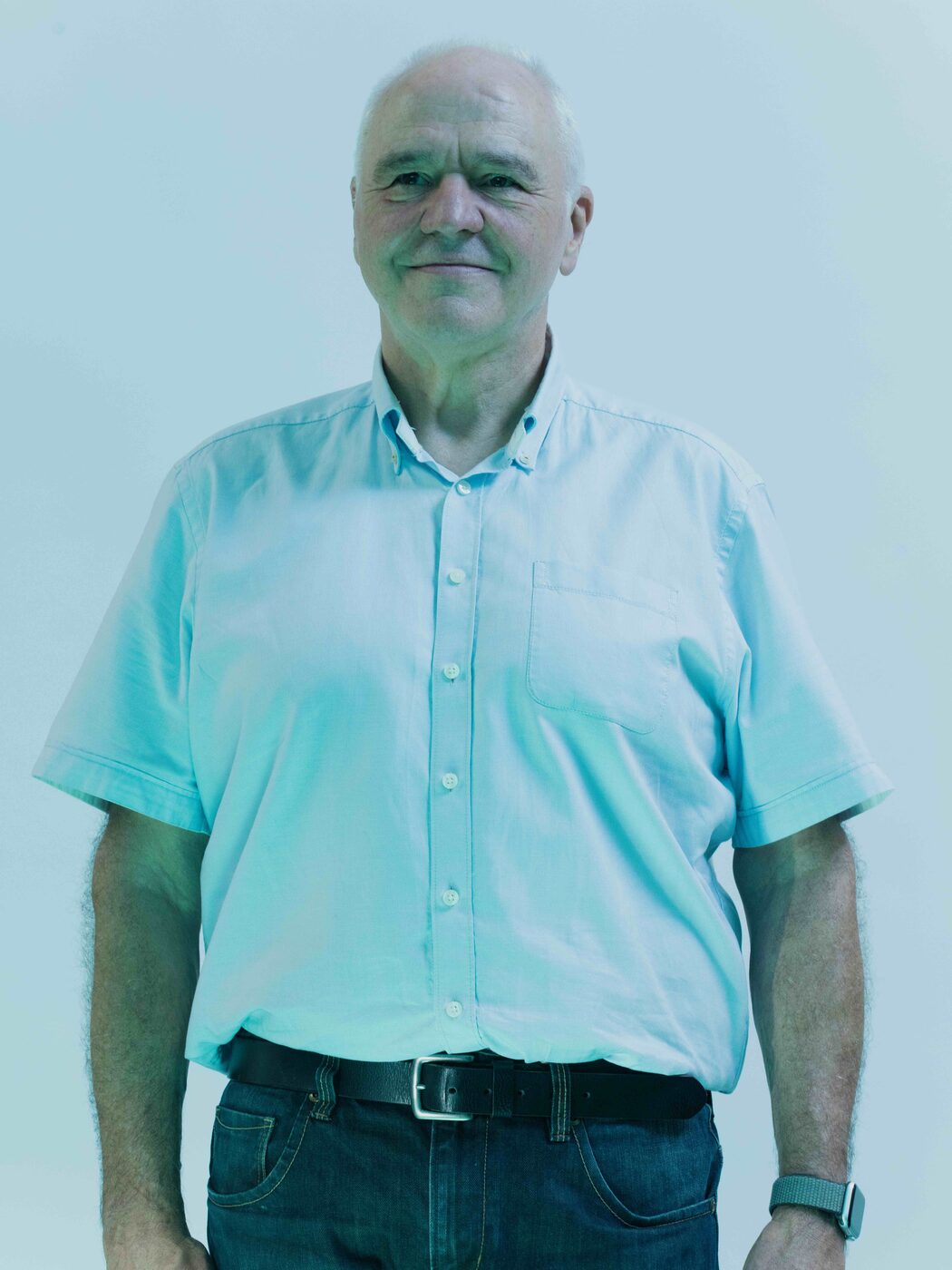 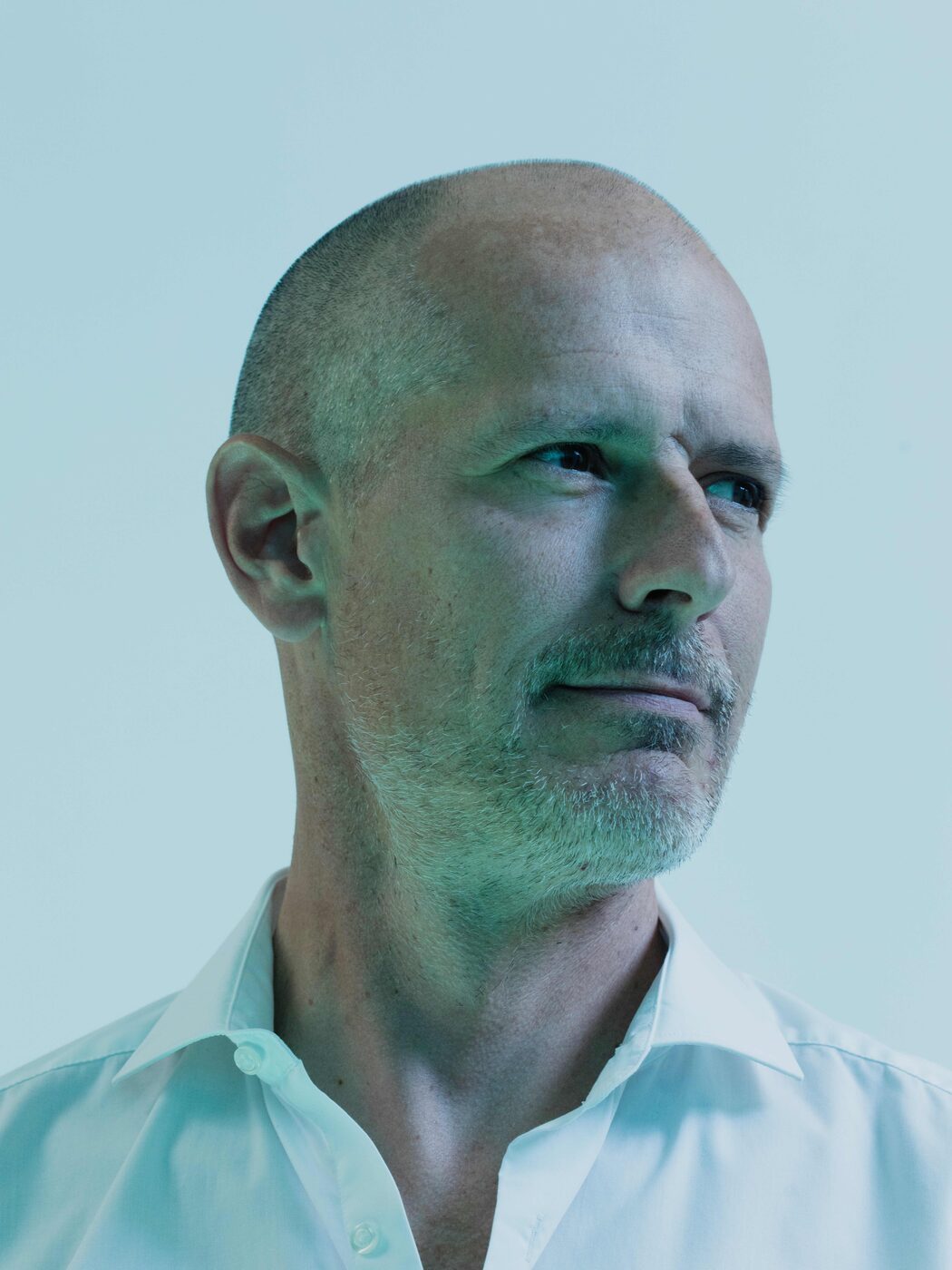 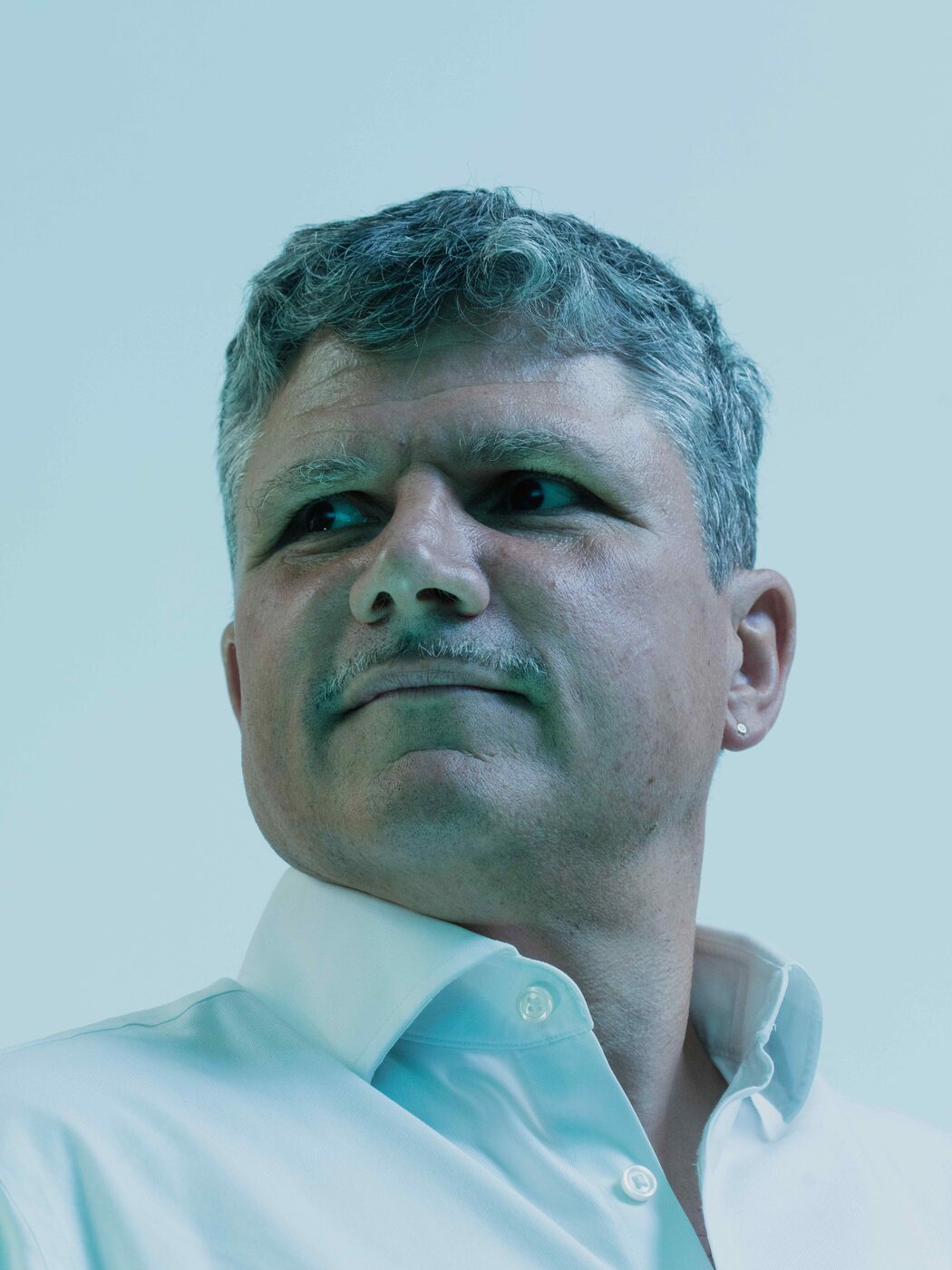 Sometimes it's coincidences that provide the impetus for a lifetime. In the case of Peter Palm, born in 1954, an electrical engineer and passionate computer scientist, it was a very specific encounter in the mid-1990s that made him think in a completely new direction. He had previously worked in industry for many years and was often dissatisfied with the information available about customers. In 1984, the tinkerer had therefore developed a customer relationship management system when this name did not even exist, for which he was widely eyed with skepticism. But even then, his motto was: "If someone says it can't be done, they shouldn't bother those who are doing it," Palm recounts with a grin. "Harmony" was quickly a hit and over the years turned out to be the solution for quite a few companies that have to process a lot of customer information.

Then, in 1995, he met a friend of his dentist, a psychologist, rather by chance. "For his doctoral thesis, he was studying the transition of children from the doodling phase to the coloring phase. Because a child first scribbles, then it looks for interpretable elements that look like something familiar to the child, and only then does it try to draw these identifiable objects," recalls Peter Palm - and that he thought, "If that's true, we're doing everything wrong in IT. Because there we process data in hindsight, whereas the brain first forms several hypotheses and then looks to see if they are confirmed."

The human brain is a prediction machine: it constantly tries to predict future developments and can process many expectations simultaneously. 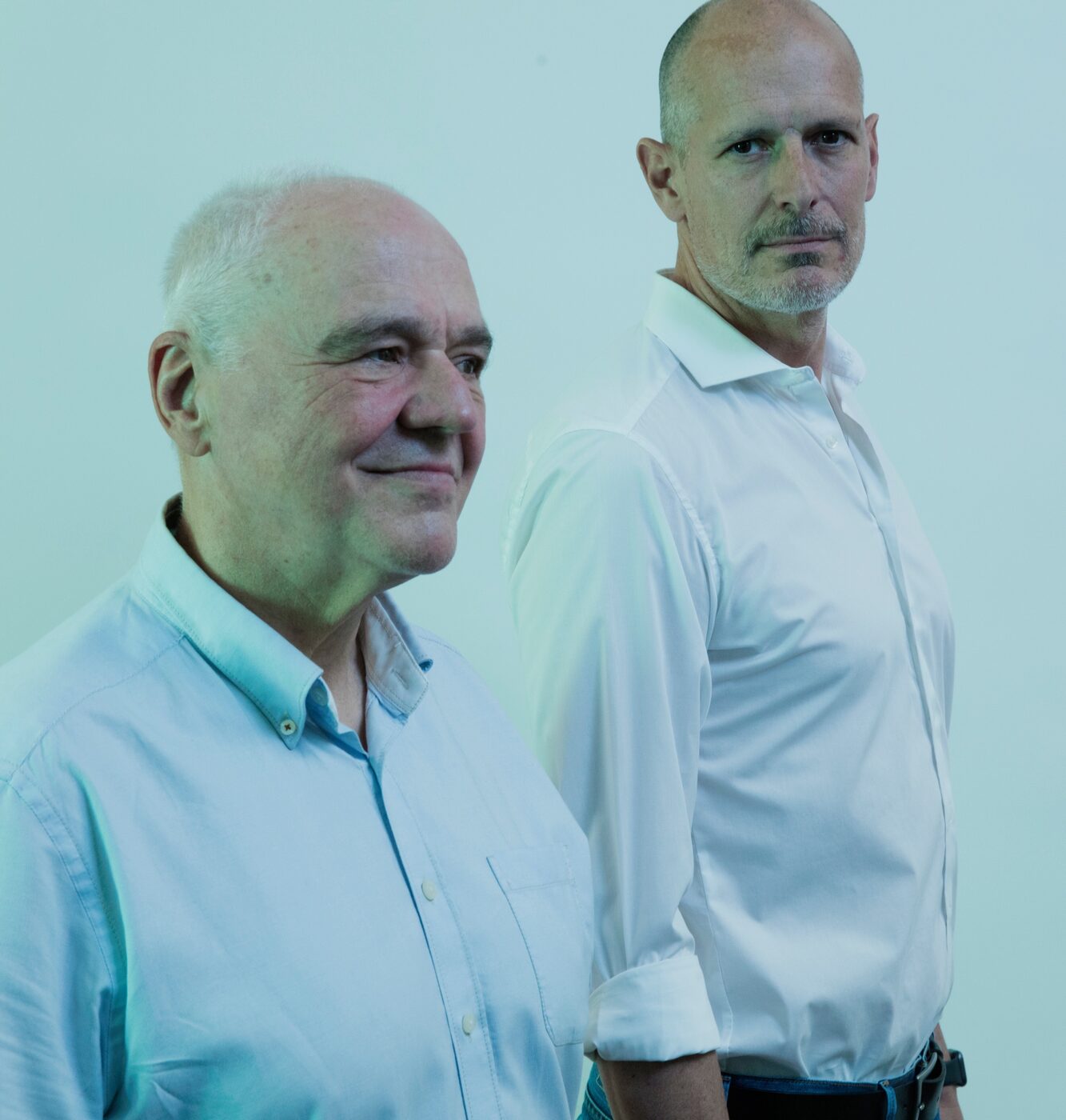 In doing so, it restricts itself to certain aspects; data processing takes place across different cognitive contexts. This is how it should be with databases, thought Peter Palm - and developed a novel system: the Cortex database.

"Data only becomes information when the context with other data is clarified. In the Cortex database, the formation of contexts is already taken into account in its architecture. The database is based on the human brain, the cortex," says Palm energetically, "and I have come up with a completely new, schemaless structure for it: You can describe objects with any number of elements, and objects consist of properties in different contexts. Our database is not the result of optimization considerations, but is based on a completely new approach." The new structure enables database operations that seem impossible in previous databases - even in very large data sets such as Big Data.

For a long time, Peter Palm and his team worked on Harmony and the Cortex database server in parallel - "but at some point, the old structures blocked us too much. We made tabula rasa and dedicated ourselves only to our new project," Palm reports. That was in 2008.

Jan Buß, business development specialist and storyteller in the team, already worked with the innovative freethinker in Harmony times and has been with Cortex for many years. He is certain: "We have solved a fundamental problem of information processing in such a generic way that you can use it to solve quite a few challenges. The Cortex database has the potential to initiate a paradigm shift in information management on an atomic basis from the ground up." 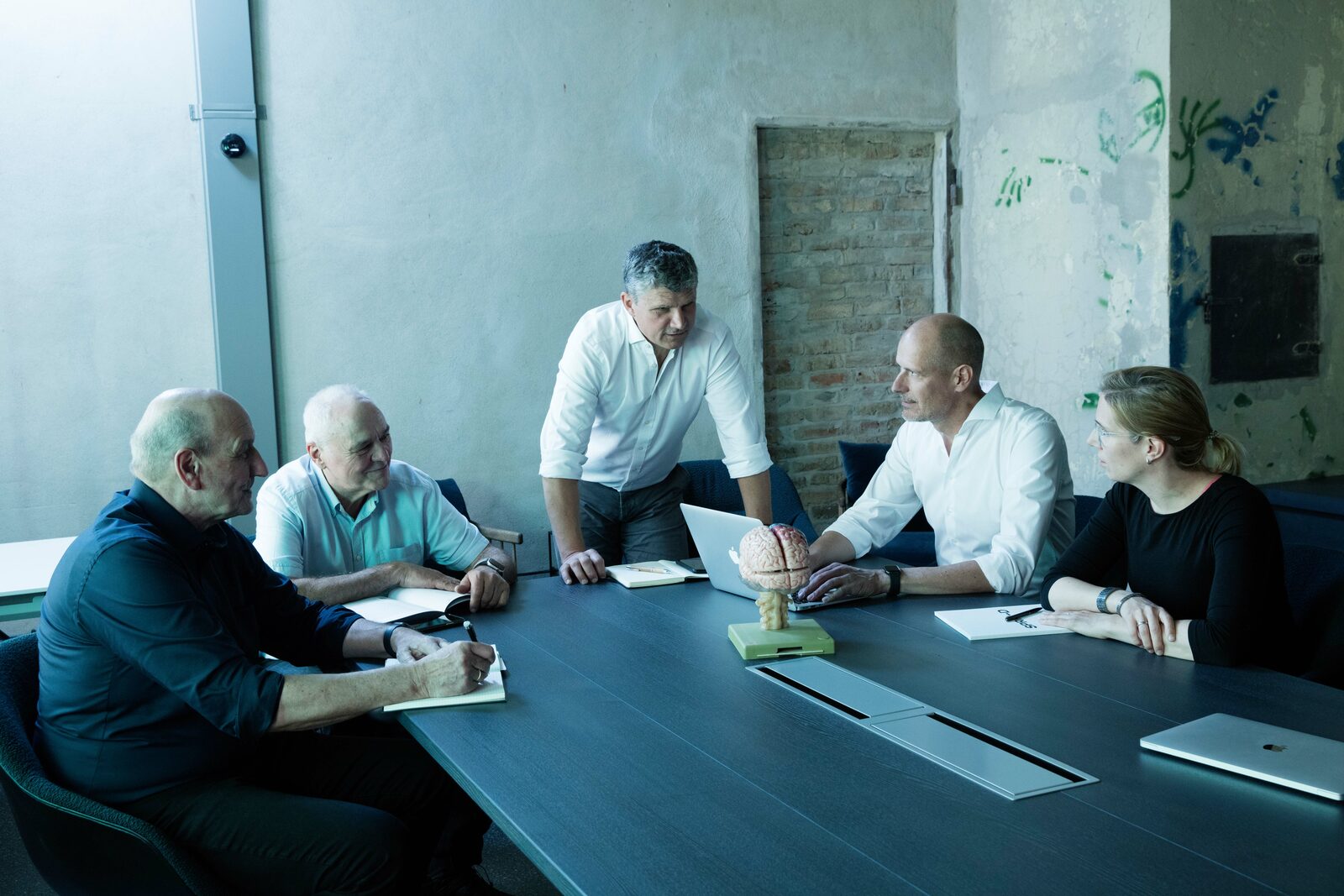 "If something gets complicated, you've made a mistake in your approach."

What's missing now is "that we find the 'early adopters' who appreciate the breakthrough potential of Cortex," says business economist Buß. "It's hard to get a foothold in large companies because of the tension between marketing and sales powers there - organization eats innovation for breakfast," he says, describing a dilemma of visionary ideas. The database is currently available as a commercial product, but it is not yet a turnkey mass product. It can, however, be tailored precisely to the needs of the individual company and, for example, merge data from various databases already in use to make them usable for analytical or operational requirements in a data hub.

Peter Palm and his team - which since SPRIND's support also includes Georg Loepp as managing director of the newly founded SPRIND subsidiary Pleodat - are absolutely convinced of the disruptive potential: "Basically, all of today's databases are just special forms of our Cortex database," notes the impish inventor with the appropriate wise saying for every situation in life. "I had the realization back then: 'A good solution can be applied to any problem.' That's exactly what our database does - and I'm still bubbling with ideas."

WHY WE'RE COMMITTED
Because data is the gold of the digital age.
Because, however, only information and knowledge add value to society.
Because currently the handling of data is cumbersome, complicated, insecure and non-transparent. Because at present, knowledge does not simply emerge.
Because the digital future should be built on a stable foundation.

THE POTENTIAL WE SEE
Cortex can be a universal data storage that eliminates data silos, brings together operational with analytical data, and integrates streaming data.
Queries become possible without deep expert knowledge. The knowledge contained in the data becomes accessible to everyone. Diverse data can be brought together to reveal a new, informative view on customers, processes and relationships.
Cortex can be a platform in which data is stored securely and access can be controlled simply, yet in detail and individually.
Cortex can support agile processes and simplify IT while reducing energy consumption.

WHAT WE DO
In a research company, build an information bank from the existing Cortex platform.
Make resources available and give developers space for the important tasks.
Establish contacts to potential users with problems that make the Cortex technology shine.

THINK TANK AND THINK BIGGER
Leverage SPRIND's extensive network of experts to discuss with minds that understand the scope and potential of the new approach.


You want to be part of it? Discover our job offers!
Share →