The innovator: Christian Mayr – half scientist, half engineer 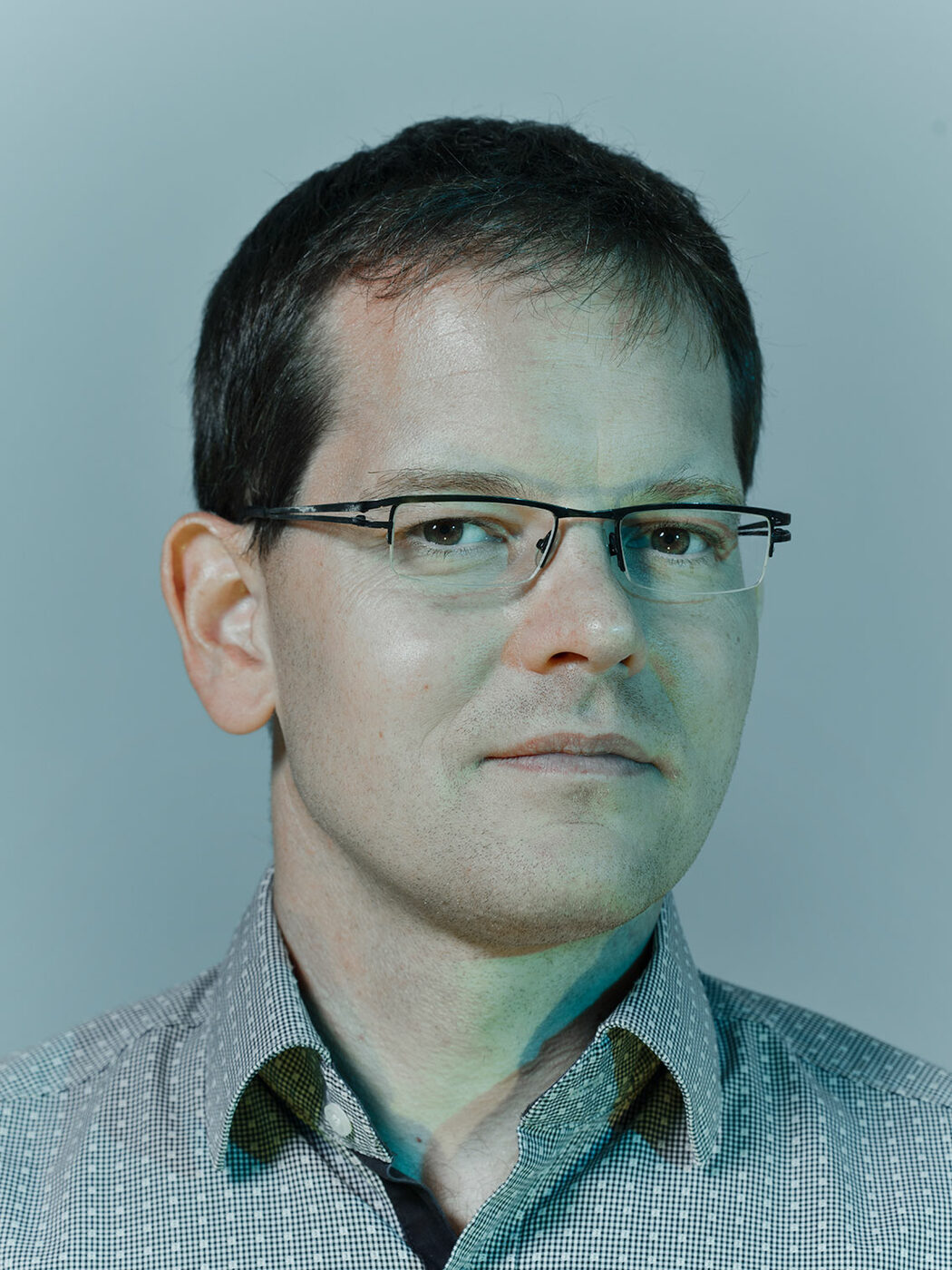 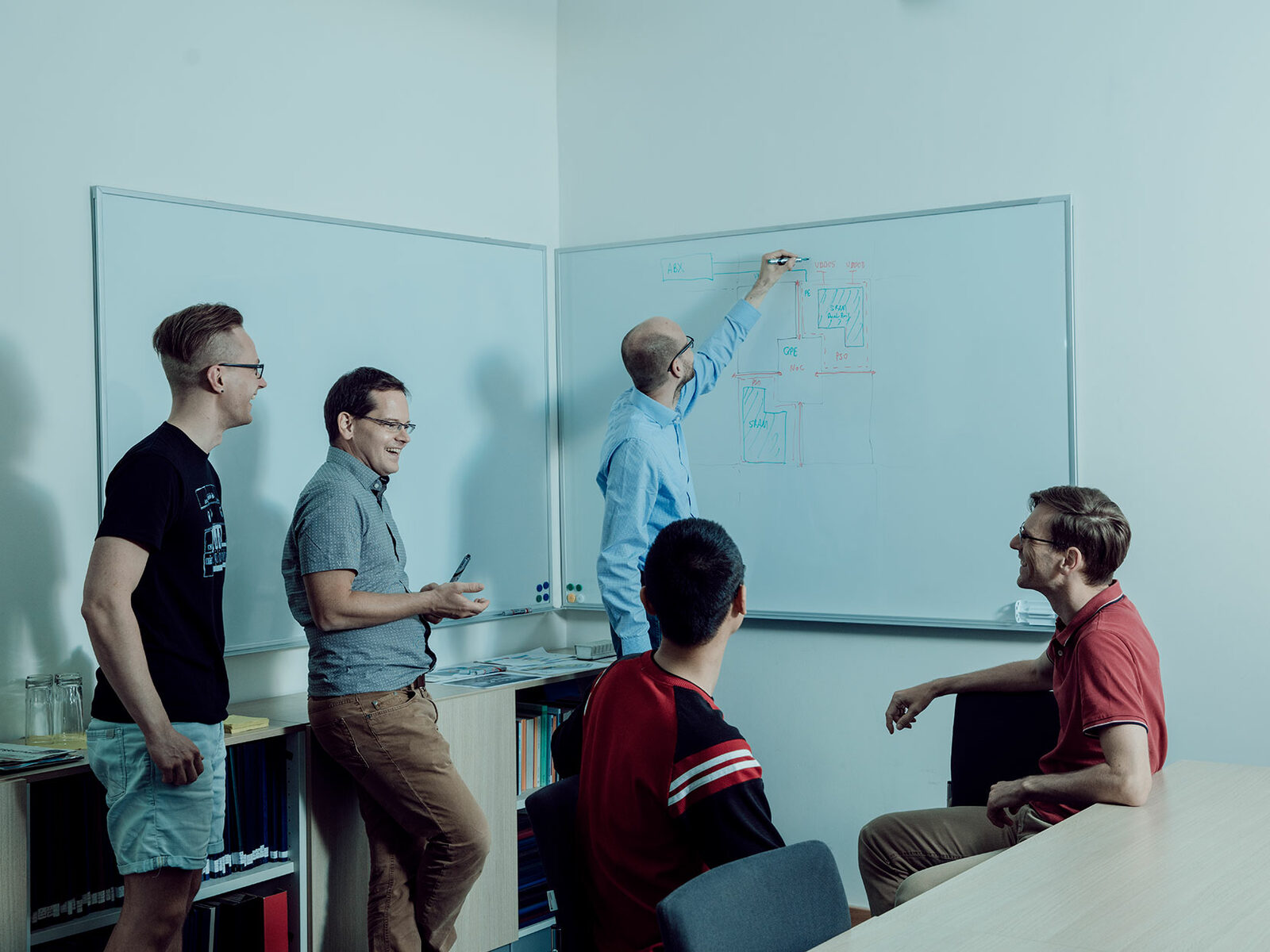 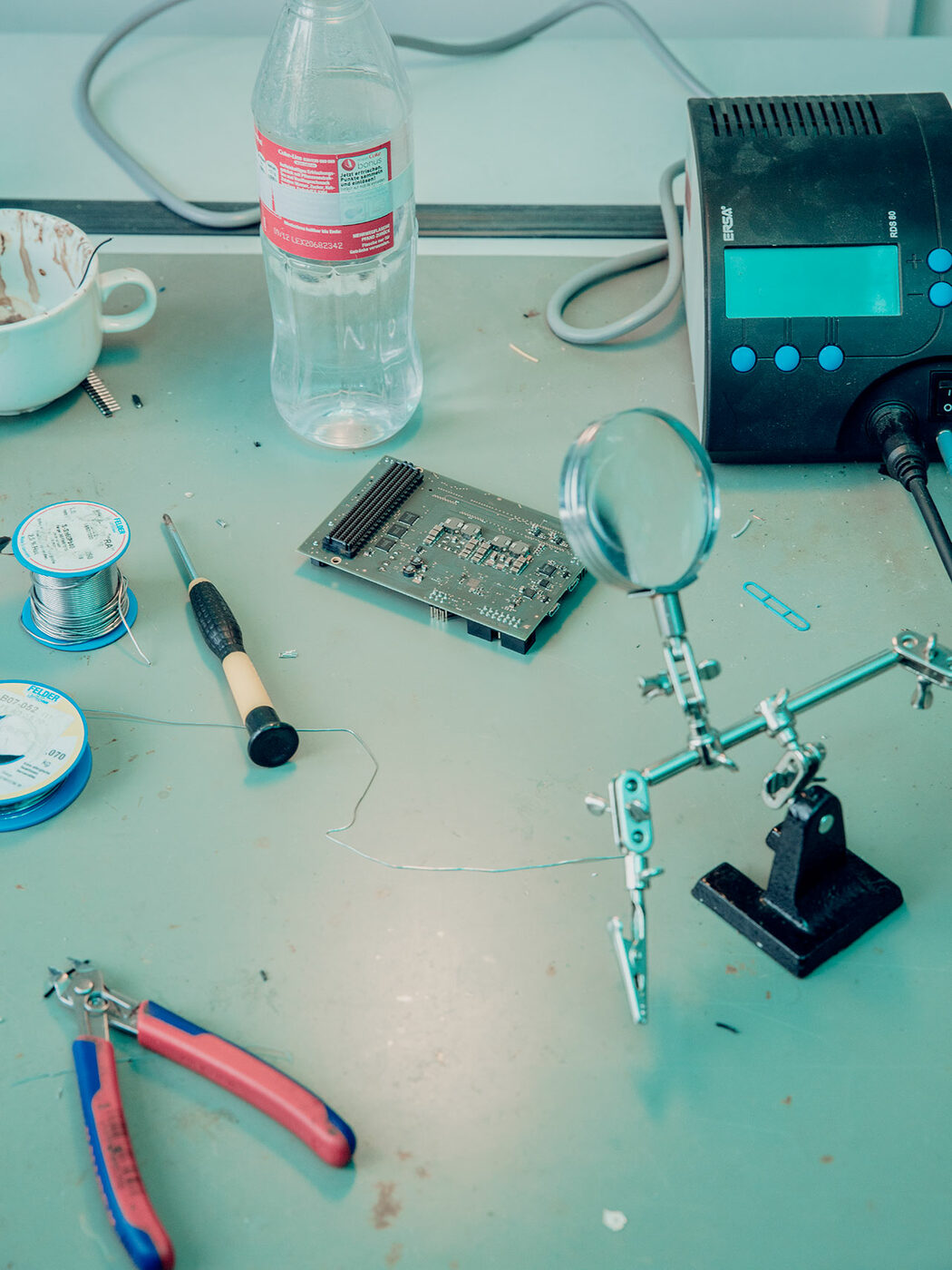 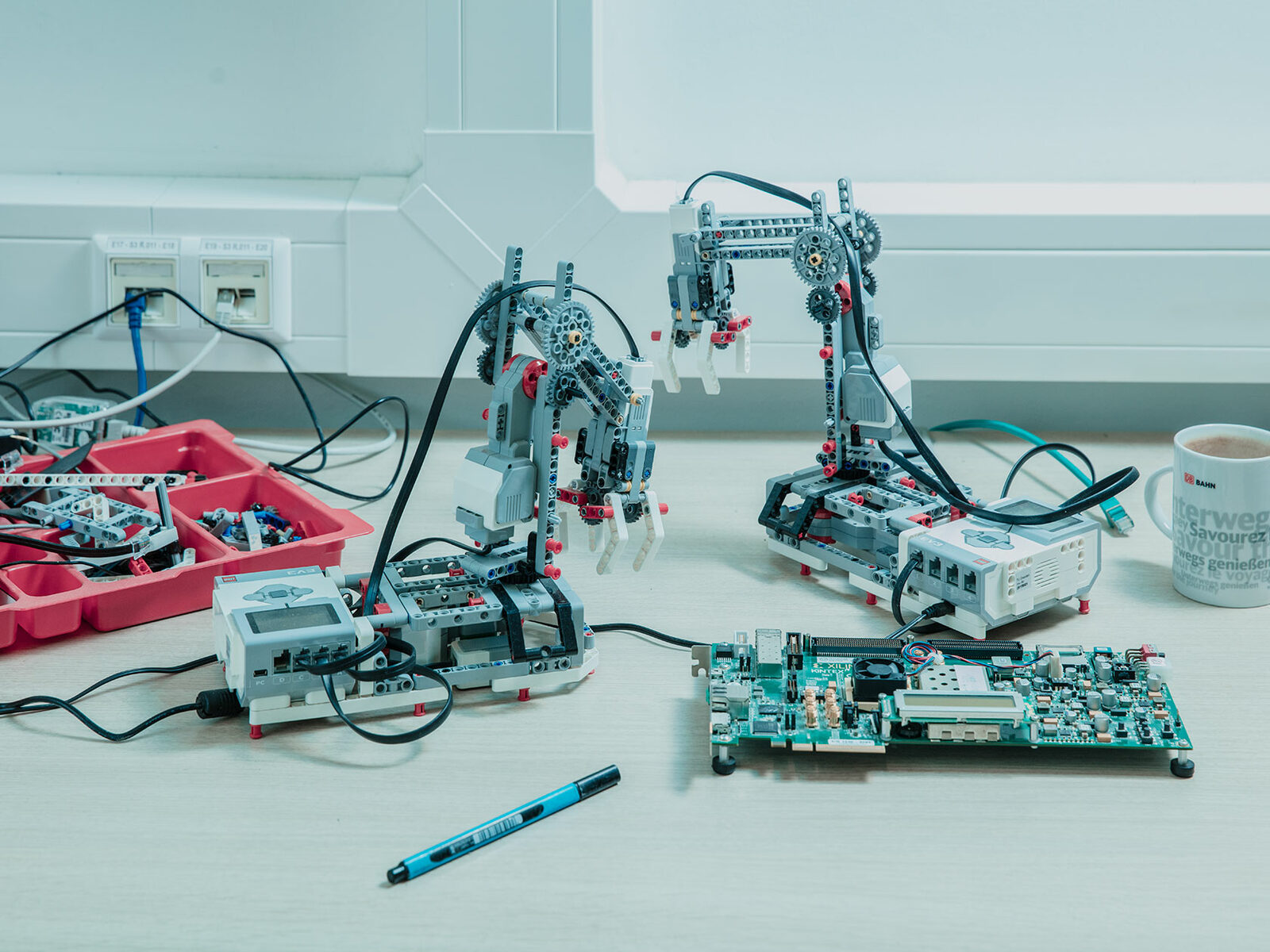 Christian Mayr is the Professor in charge of the Chair of Highly-Parallel VLSI Systems and Neuro-Microelectronics at the Technische Universität Dresden. He gives ordinary lectures, reads papers and organizes academic matters. But he is also extraordinary. That is because he sees himself as an intermediary between the ivory tower of the university world and the cool runnings of industry. His ideal: To transpose scientifically excellent ideas into excellent engineering work.

Sometimes, interdisciplinary ideas like these come to him even in his limited spare time, when he – preferably in the company of his young son – tinkers on circuits, microcontrollers and switches for the house he has just completed in the Dresden suburb of Radebeul.

The innovation: A supercomputer that simulates the work of the human brain 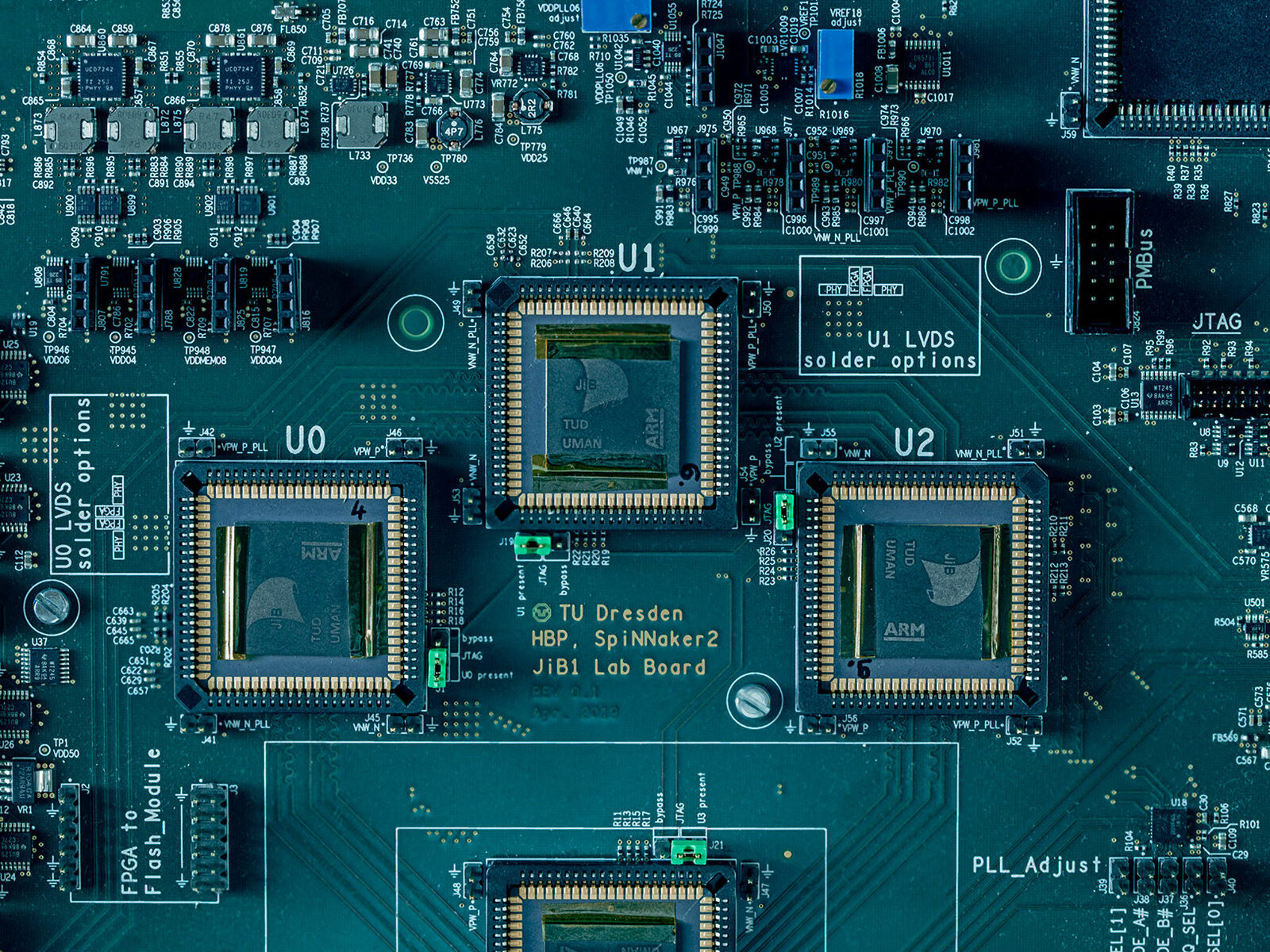 One of these ideas, “SpiNNaker2,” forms part of the Human Brain Project and represents a simulation model of the human brain. So to begin with, it is actually a chip housing accelerators that can simulate neurons and synapses. One could even say: A chip as an artificial intelligence-network inspired by nature.

And based on this one chip, Mayr and his team are building a machine called SpiNNcloud that is 70,000 chips strong and spans 16 server racks. That makes it a pretty big thing, both mentally and spatially.

In June 2021, the first prototypes of the SpiNNaker2 chip were manufactured and put through their paces. Based on the findings, the design of the SpiNNaker2 chip will be optimized and finally produced in large quantities on large 300mm diameter wafers at Globalfoundries in Dresden for the SpiNNcloud.
The most fascinating part about SpiNNaker2: It makes two innovative leaps in one go – in terms of energy efficiency and the speed of information processing.

By way of background: And whether it’s the latest versions of autonomous driving, for example, or applications in robotics: In Mayr’s estimation, both consume far too much energy – roughly 100 times as much as they should and could. This is because both innovations involve far too many unnecessary calculations (which in the field are referred to as “redundancies”).

That is what makes it helpful to employ the human brain itself as a model, since it works according to the following principle:
A “communication” is always preceded by information-processing stages.

During these stages, decisions are made as to which information is relevant to a problem, and which information will be actually transmitted – and the energy consumed reflects this. The factor that determines how much energy is consumed is thus the process that occurs prior to what we call “communication.”

And this is precisely the principle that Christian Mayr, who describes himself as “heavily inspired by biology,” has incorporated into the entire SpiNNaker2 system. That is what makes this supercomputer – which merges artificial intelligence with the biology of the brain – clearly superior to “classic AI.”

"As a first step, we want to bring a new generation of chips onto the market that directly enable speech processing and analysis. This way - without a detour via the cloud - SpinNNaker2 not only saves time, but also enables better data protection for 'always on' applications," says Christian Mayr. SpiNNaker2 is much faster processing information, consumes significantly less energy and will ensure that people, machines and systems interact much more efficiently - later, for example, in medical technology, autonomous driving and robotics.

Christian Mayr's team is already working on the next generation of SpiNNakers: "In the future, one of our chips could be built into every robot joint and make the detour via a central computer obsolete in many cases. This will significantly improve the training of the robot's own kinematics". 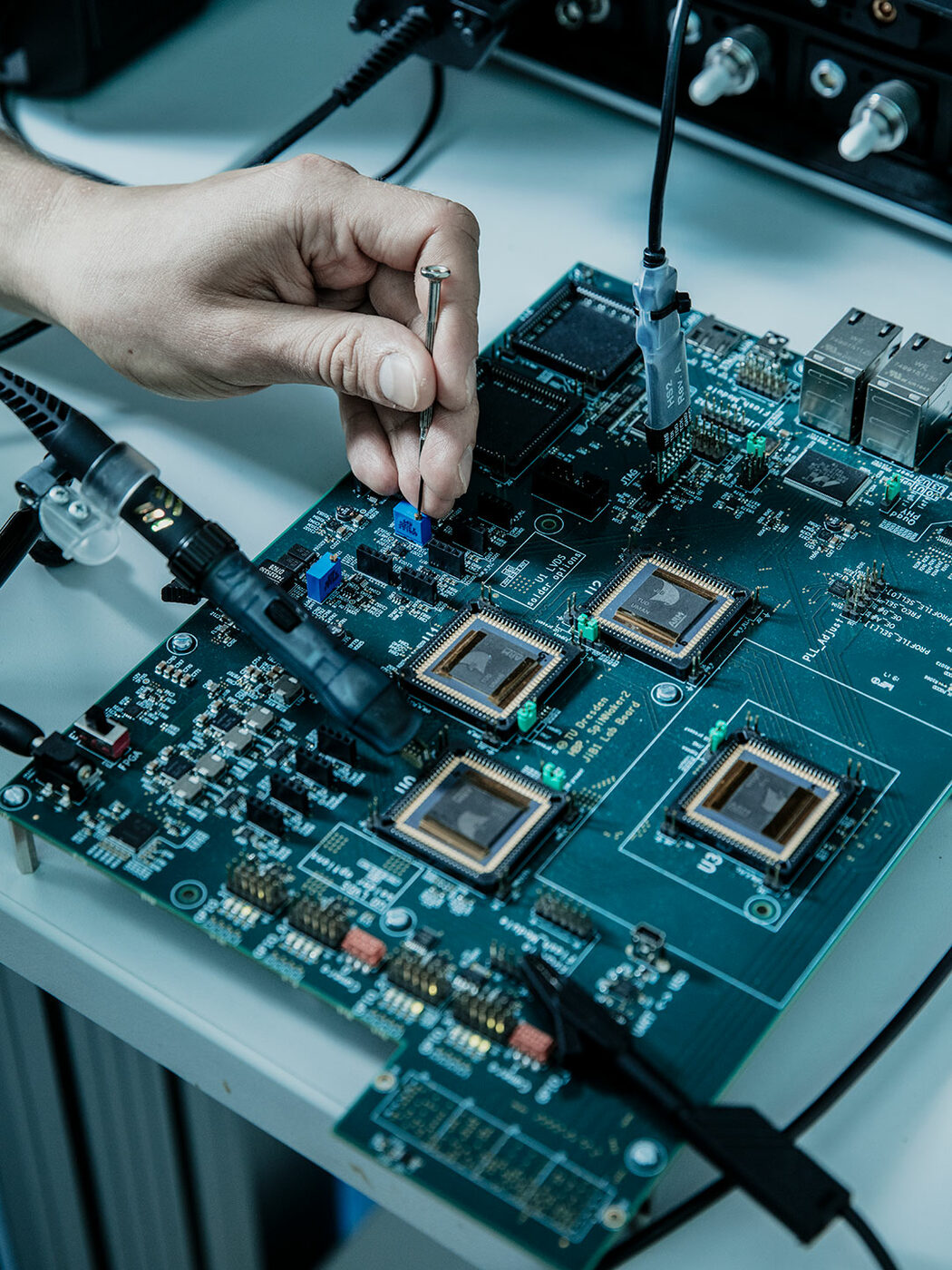 The SpiNNaker2 project has been under further development since summer 2021 within SpiNNcloud Systems GmbH, co-founded by Prof. Mayr: 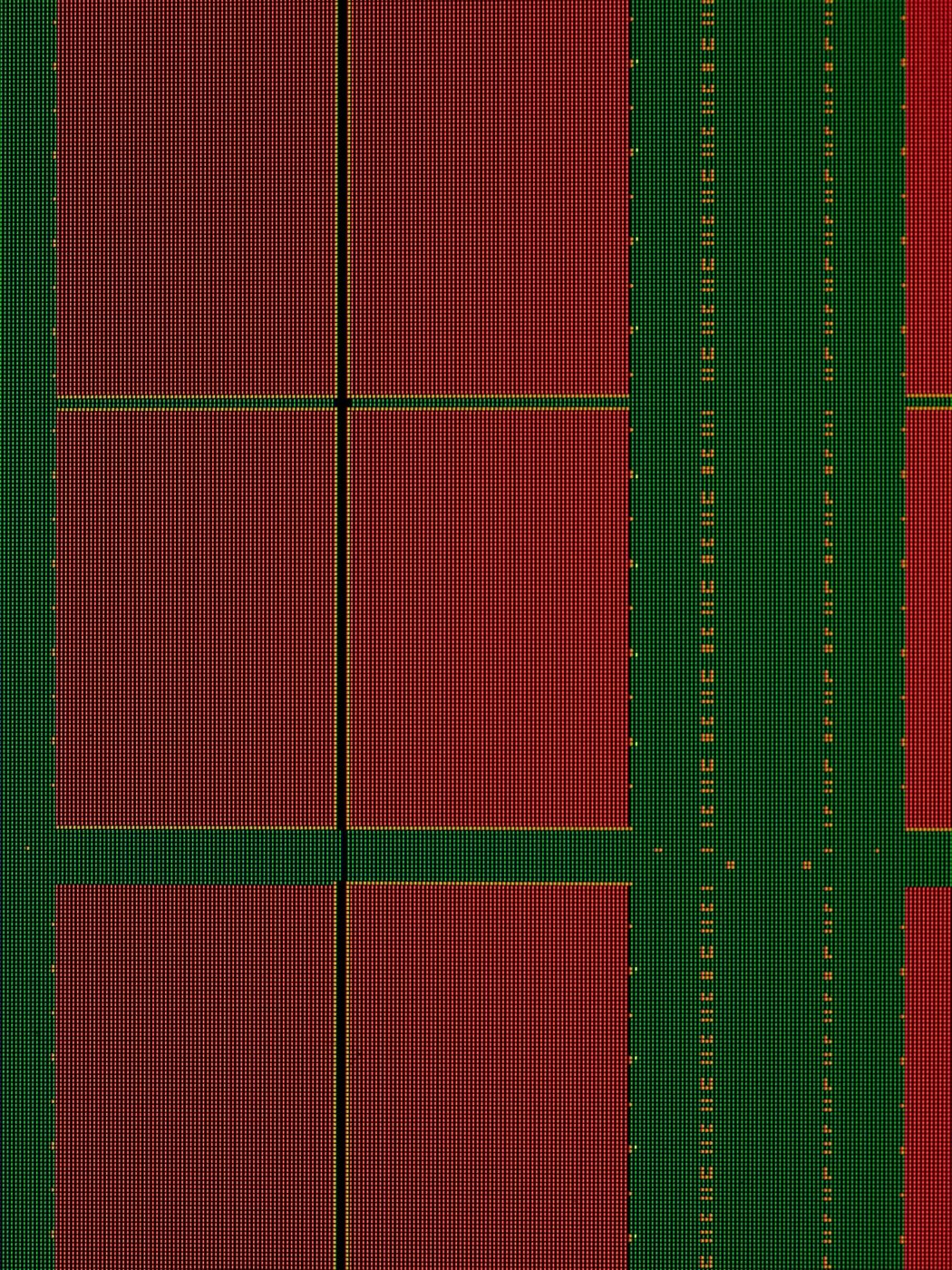 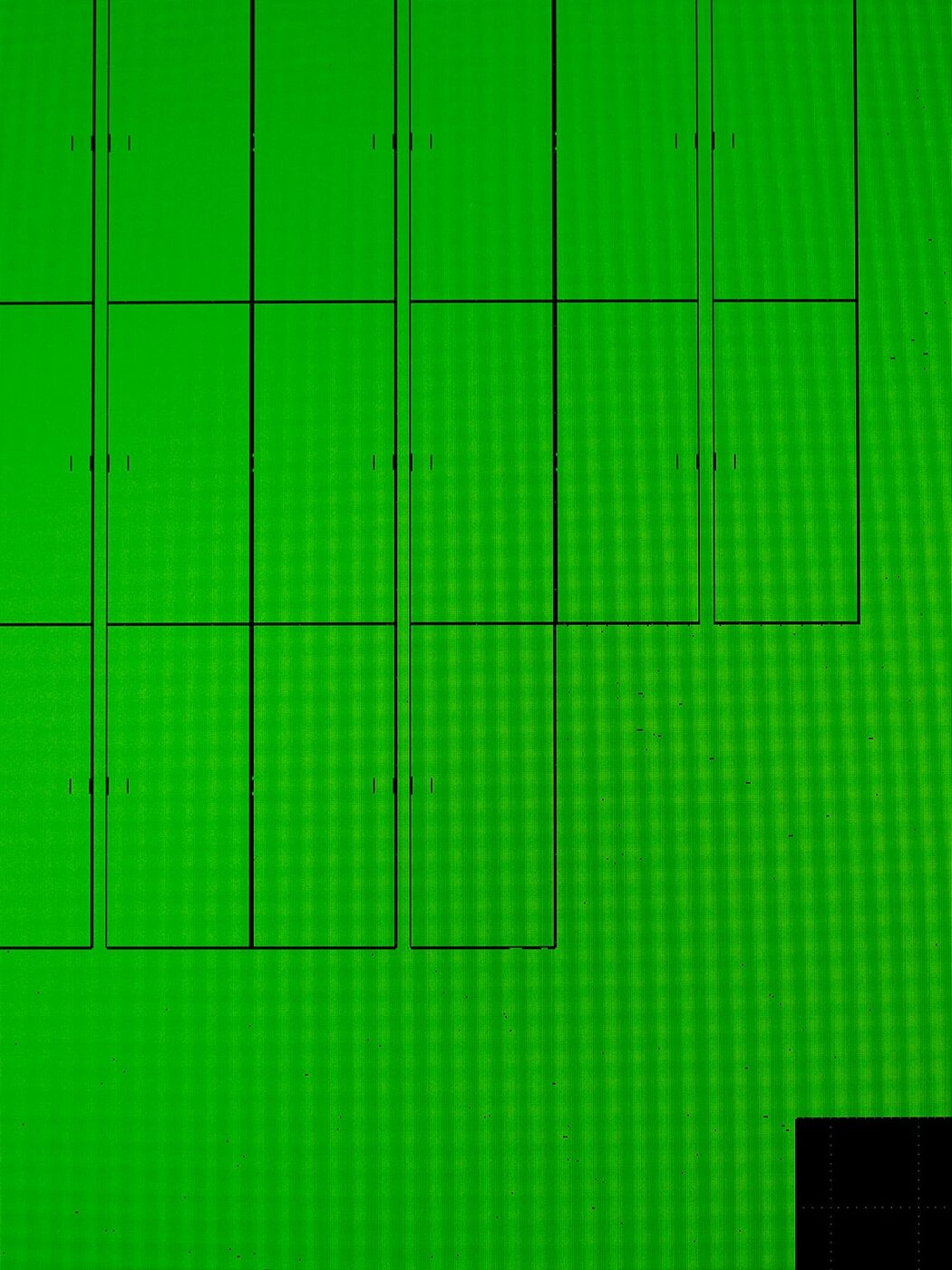 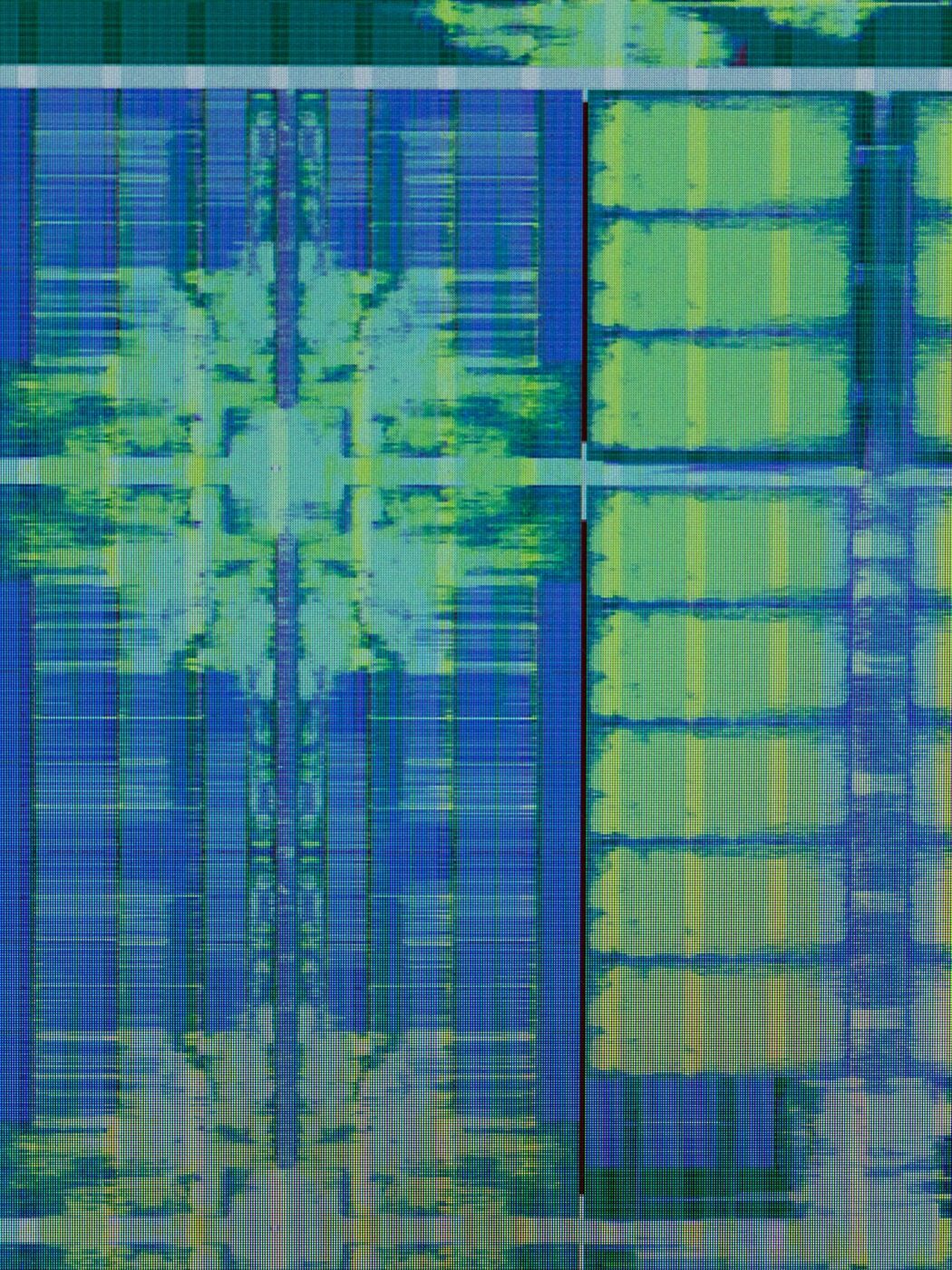 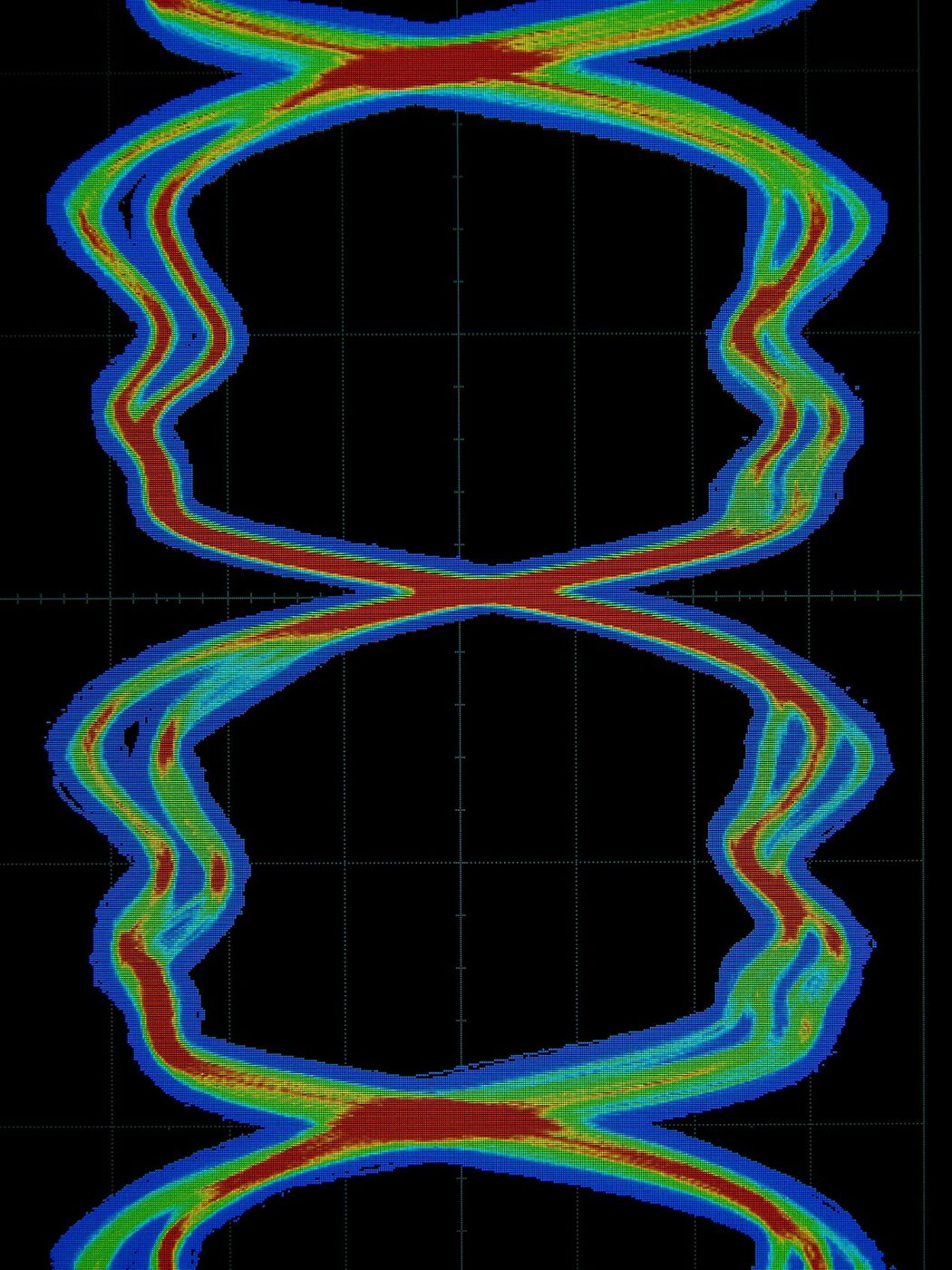 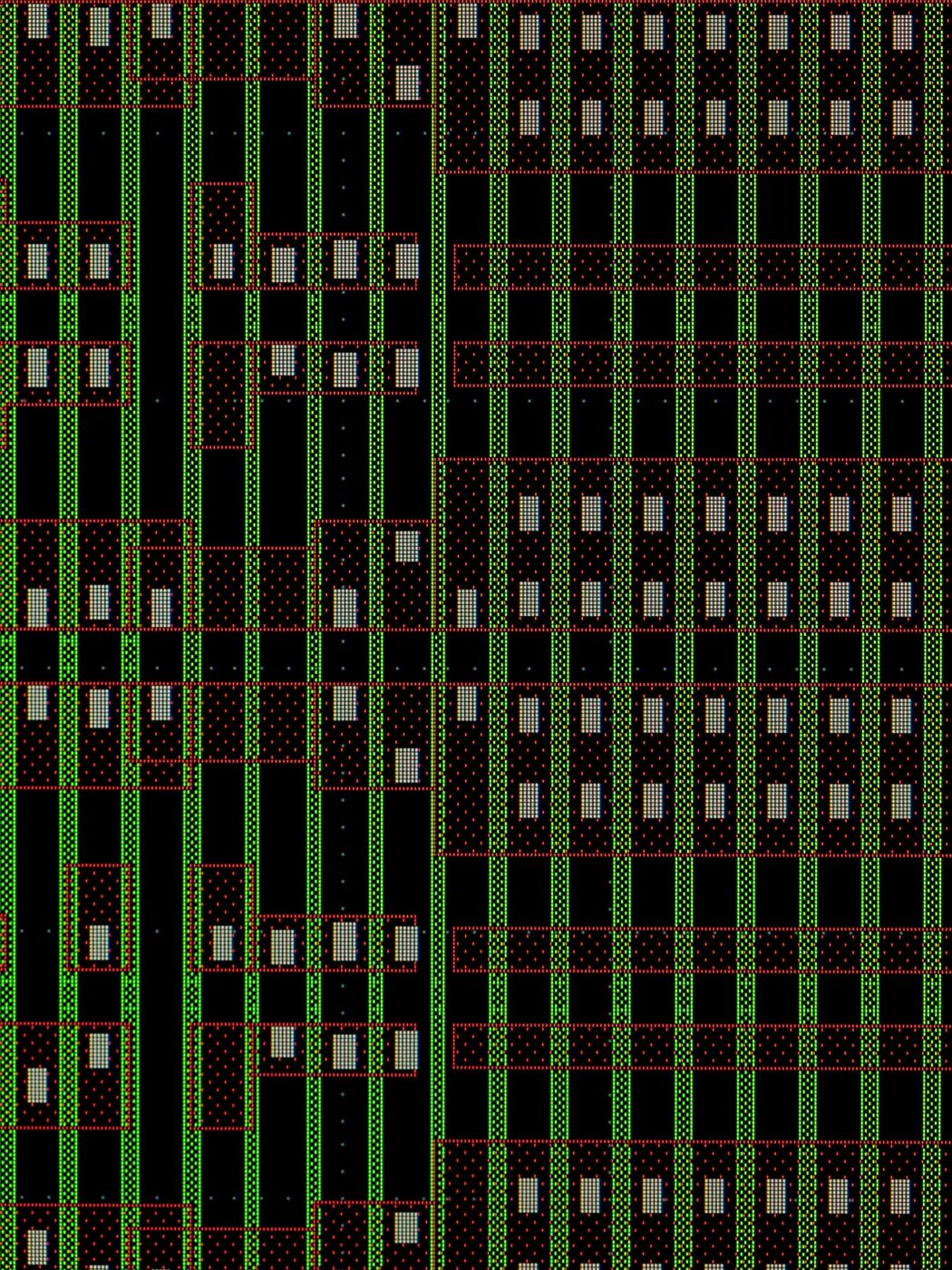 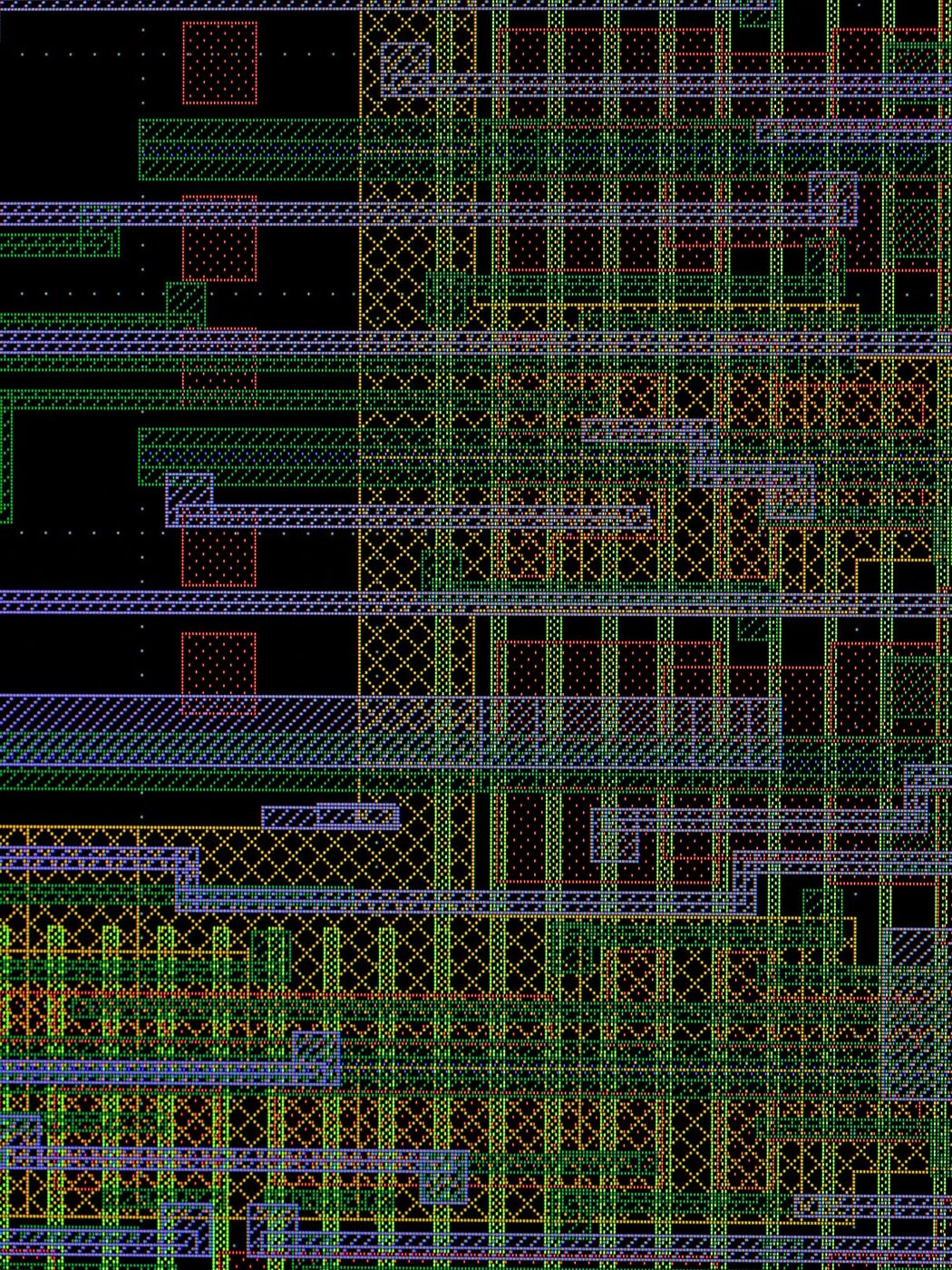 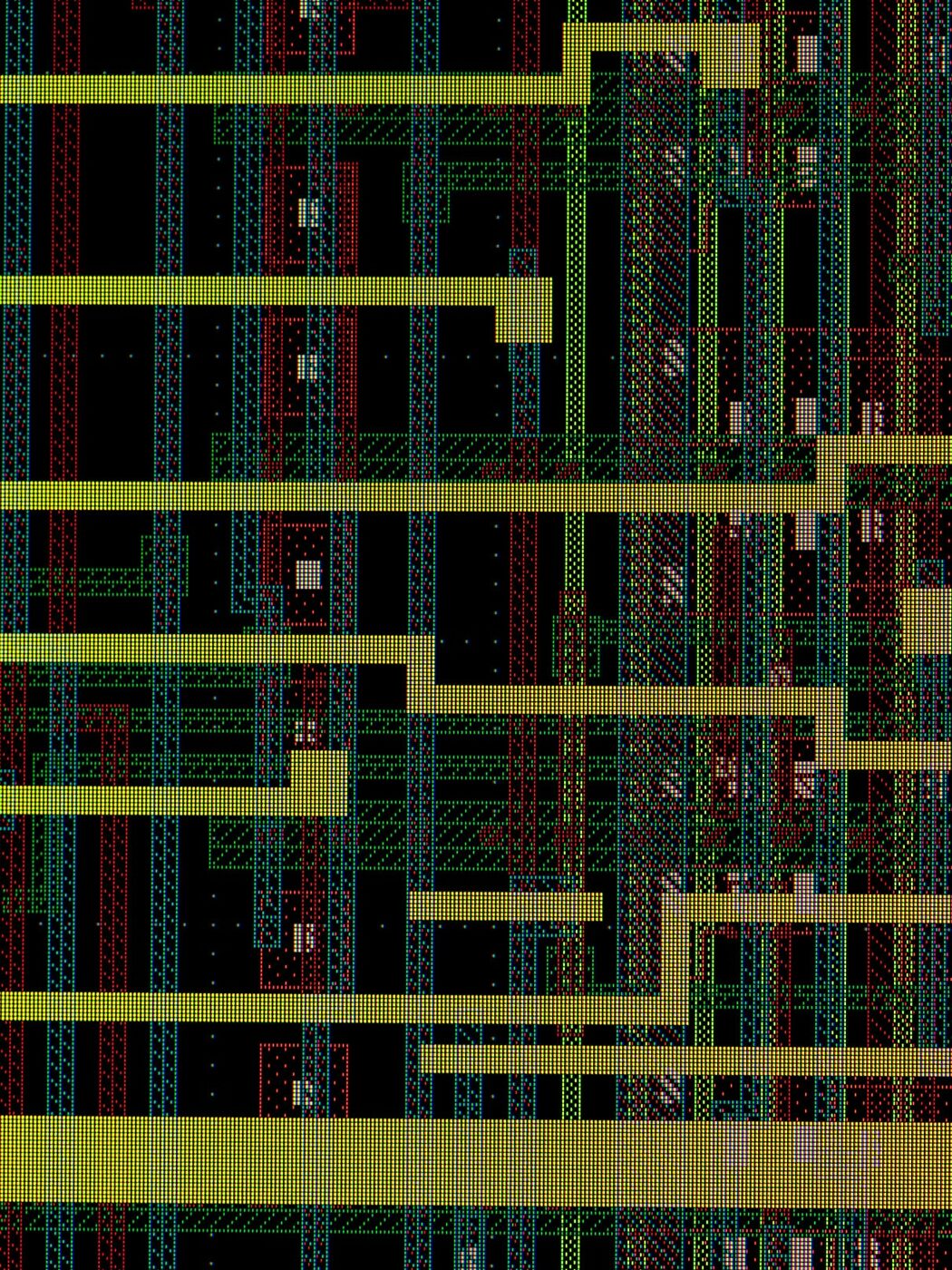 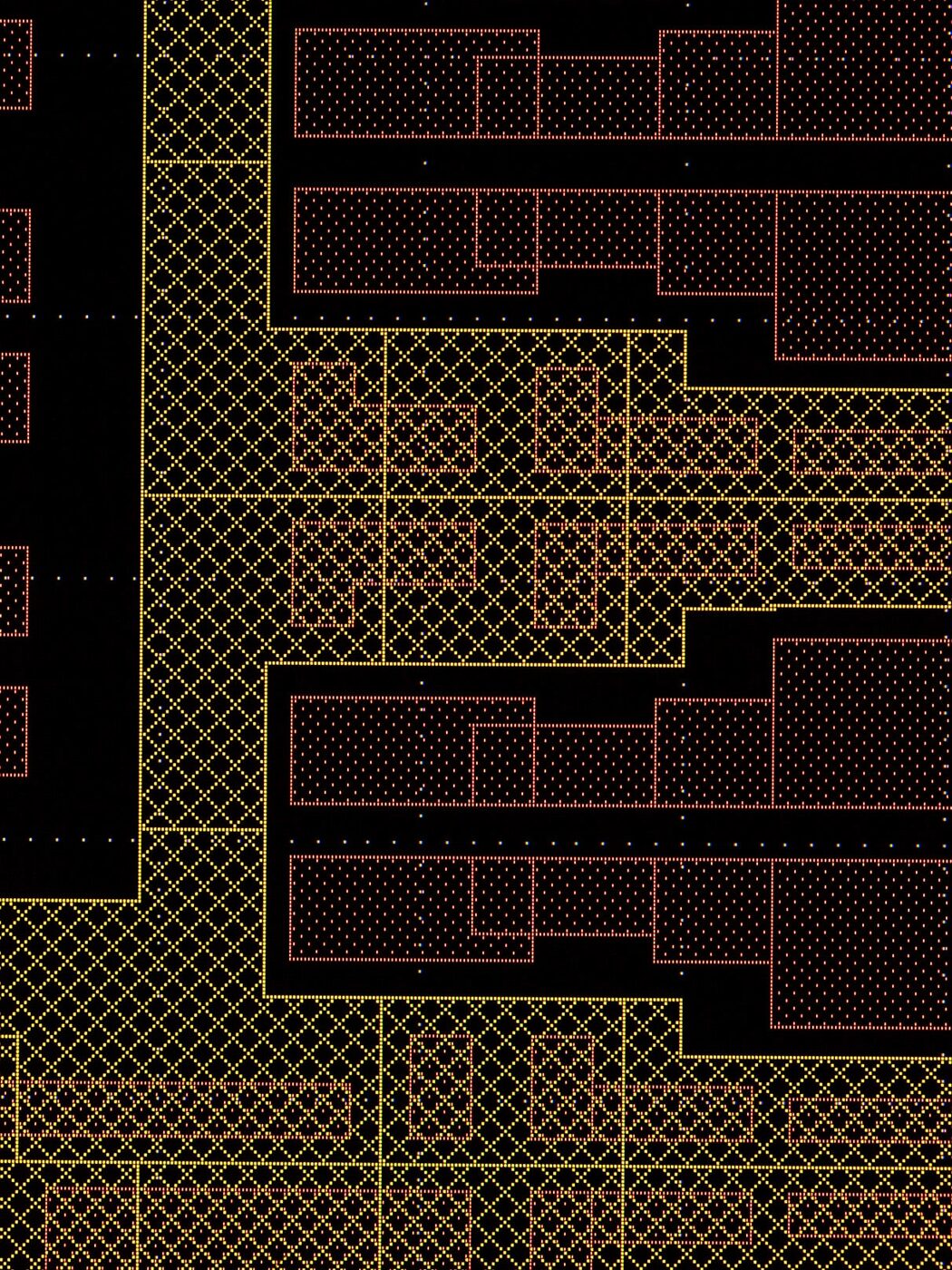 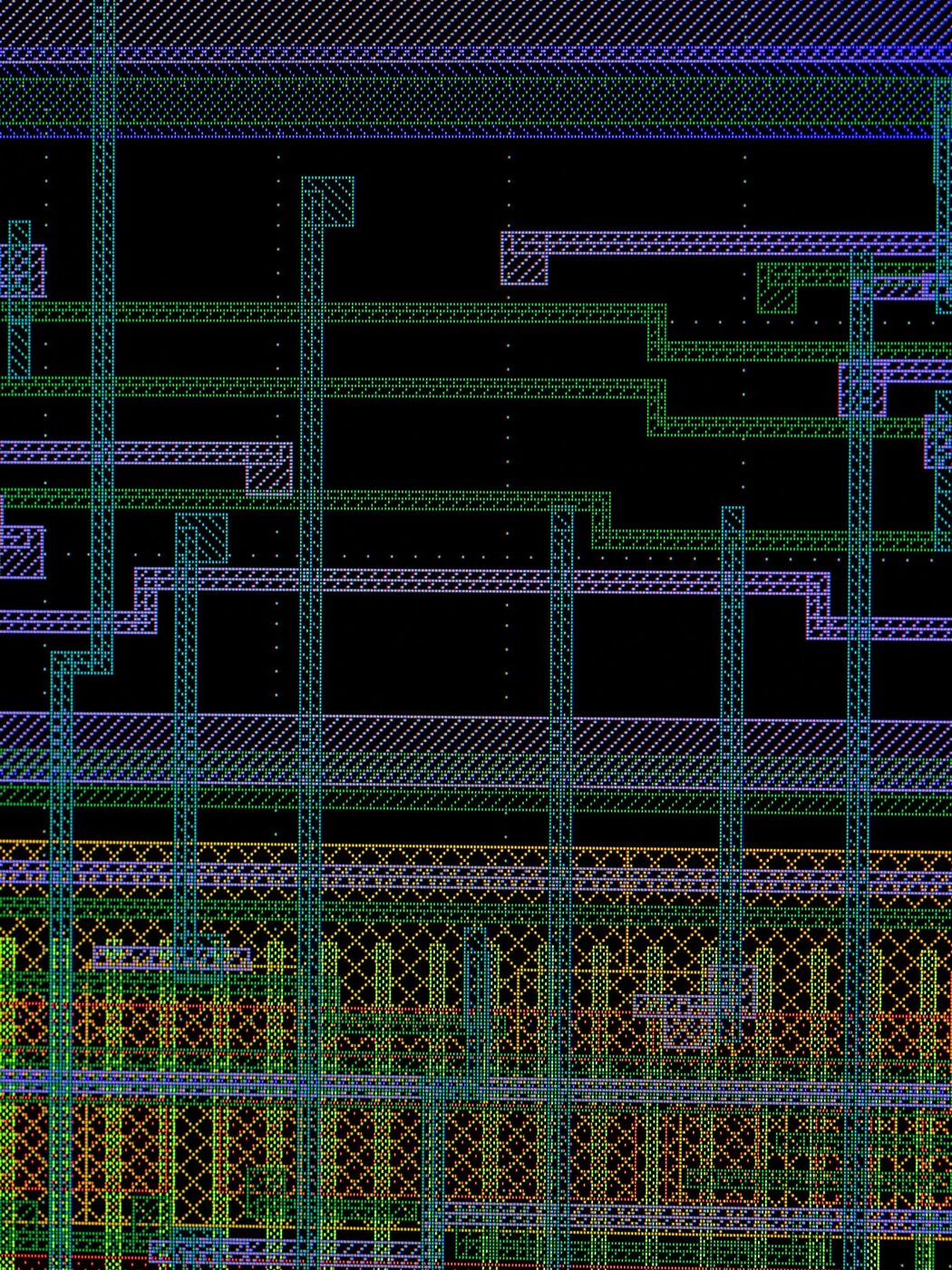 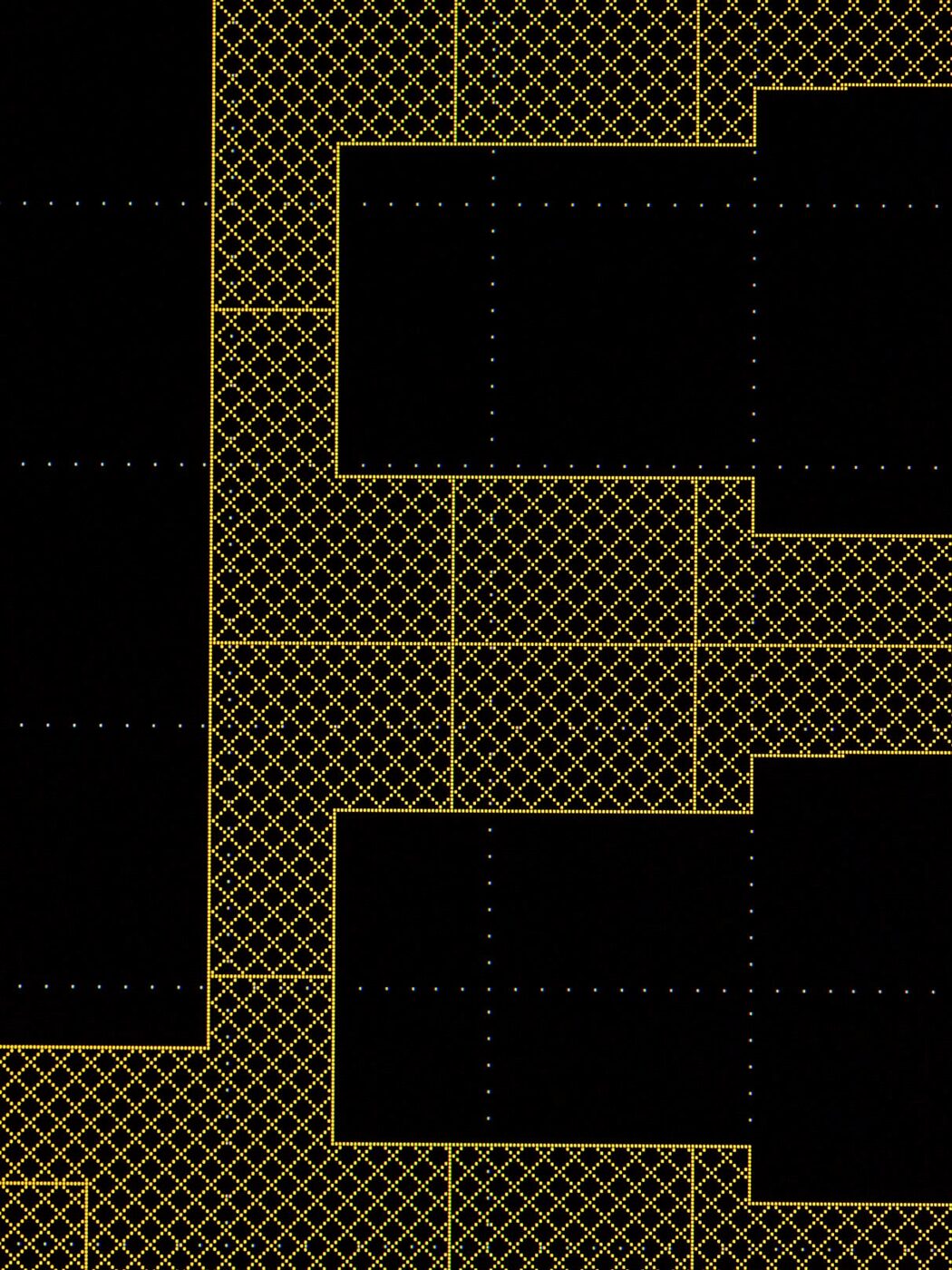